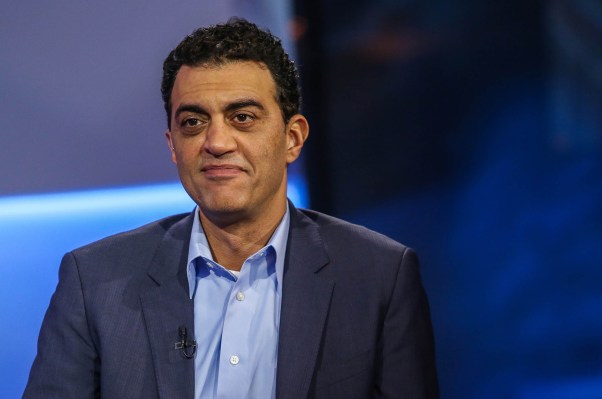 SPACs, or special purpose acquisition companies, are all the rage right now, and people are emerging from all corners to raise them.

Among the latest entrants — and someone who might be of interest to Silicon Valley watchers — is Emil Michael, a former Uber executive and top lieutenant to former CEO Travis Kalanick. Earlier today, Micheal registered plans with the SEC to raise $250 million in an IPO for a blank-check company that will broadly acquire a company in the tech sector.

IPO Edge had reported earlier today that the SPAC might be in the works.

The filing lists as special advisors Alphabet’s former executive chairman Eric Schmidt, and Betsy Atkins, a founder of Ascend Communications and investor who has served on so many boards that last year she wrote a book about it. Indeed, among her other roles currently, she’s on the boards of Volvo, Wynn Resorts, and Oyo Hotels.

He gained prominence in the role, but also some disrepute after he publicly made comments about hiring opposition researchers to quite journalists critical of the company and following a later report that he had attended an “escort bar” in Seoul with other Uber executives, including Kalanick. Indeed, when he left the company in 2017, Uber declined to say if he left of his own accord.

Despite — or perhaps even because of — his trajectory at Uber, Michael was reportedly vetted at one point for the position of Secretary of Transportation after Donald Trump was elected president. Now, he apparently sees a way to jump back into tech by using a SPAC to take public a still privately held company.

Certainly, it’s happening with a small but growing number of tech companies, including electric vehicle makers, such as the troubled Nikola, and the electric-truck maker Hyliion, which revealed plans in August to go public through a reverse merger into a SPAC. (Nikola is already publicly traded; Hylion’s deal is expected to close in the fourth quarter.)

But many other sectors of the economy are seemingly up for grabs. Just yesterday, Hims, a direct-to-consumer company that sells health products and services targeted at young men and women, revealed that it will go going public by merging a SPAC sponsored by Oaktree Capital Management.

Last month, Opendoor,  a home buying and selling platform, separately agreed to go public via a reverse merger with Social Capital Hedosophia Holdings Corp II, one of numerous SPACs that have been successfully raised by investor Chamath Palihapitiya.

Michael has a bit more M&A experience than some who are beginning to take an interest in SPACs. For example, he was involved in selling Uber’s China business in 2016 to rival Didi Chiuxing in exchange for a stake in the company.

According to Kristi Marvin, a former investment banker who now runs the data site SPACInsider, she’s having and hearing about conversations with a much wider circle of people interested in launching SPACs than in past years — and not all of them are necessarily equipped to manage the vehicles.

“You ask, ‘Have you ever acquired a company for $500 million or more? Do you have operating experience in the vertical that you’re targeting? Do you understand the reporting requirements involved?’ Often the answers are no.”