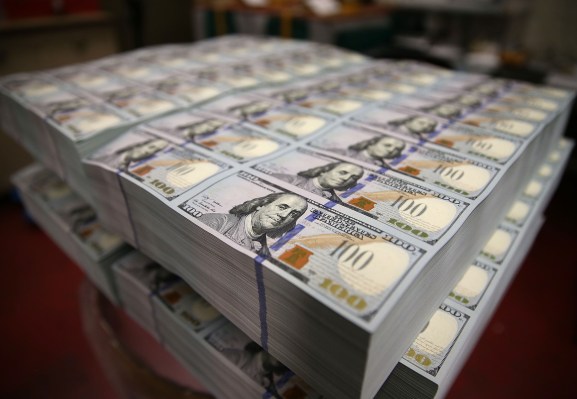 After a turbulent week for the stock market and halts to the trading of certain speculative securities including GameStop (GME) and AMC, consumer investing app Robinhood has raised new capital. The new funds total more than $1 billion, with the company telling TechCrunch that they were raised from its existing investor base.

The reported drawdown matches reporting from yesterday indicating that Robinhood had accessed nine-figures of capital to ensure it had enough funds on hand to meet regulatory minimums and other requirements related to its users’ trading activity.

Individual retail investors, along with institutional capital, have attacked short positions in some stocks in recent weeks, leading to a tug-of-war between bullish investors and bearish wagers; the resulting tumult led to surging volume for volatile stocks, leading to Robinhood needing more capital to keep its gears turning.

In a post discussing its decision yesterday to restrict trading on select securities, Robinhood wrote that it has “many financial requirements, including SEC net capital obligations and clearinghouse deposits,” adding that “some of these requirements fluctuate based on volatility in the markets and can be substantial in the current environment.”

The unicorn consumer fintech company halted trading in stocks like GameStop that had become the center of the trading storm yesterday, leading to frenetic accusations from incensed users that something nefarious was afoot. Later in the day the clearing house entity powering trading for other consumer trading services also halted service for a similar set of stocks.

Robinhood told users that it would allow trading to begin in some fashion today in shares it had previously restricted.

It does not appear that the current trading scrap will abate soon. Shares of GameStop, the most famous so-called “meme stock” in the current trading war, is up just under 94% this morning in pre-market trading, implying that many investors are willing to continue pushing its value higher in hopes of breaking short bets laid by other investors.

One result of the current climate is a boom in demand for trading apps. Today on the US iOS App Store, Robinhood is ranked first; Webull, a rival service is second; Reddit, a hub for trading gossip mostly via r/WallStreetBets is third; Coinbase a popular crypto trading service is fourth in line. Square’s Cash App, which allows for share purchases is ranked seventh, Fidelity’s iOS app comes in tenth place, and TD Ameritrade is 16th. Finally, E*Trade’s own app is ranked 18th. That’s a good showing for fintech, both startup and incumbent alike.

No one knows what comes next, how the trades play out, and if the present-day surge in retail interesting in stock trading will persist. What does seem clear, however, is that today is going to be very silly.