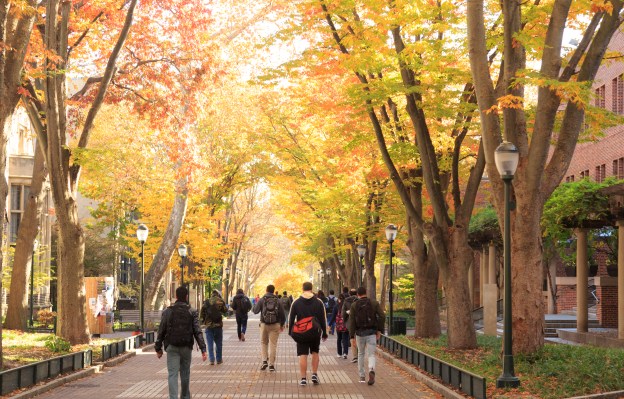 Whether learning online or taking a class in person, every student knows all too well how important it is to have good notes from your classes as a key way to remember and apply what you’ve been taught. Now, an Amsterdam-based startup called StuDocu, which has built a big and profitable business by way of a platform to help source and share the best student-created class notes, is announcing $50 million in funding on the heels of huge growth — a sign of demand and opportunity in the space.

The Series B is coming from Partech, the French VC, and it comes as StuDocu is gaining some critical mass: the startup says it now reaches 15 million users across 2,000 universities in 60 countries. What’s notable about that scale is not just the size but the fact that it had been achieved while the company was previously largely bootstrapped: Both PitchBook and Crunchbase note only about $1.5 million raised before now, but in fact CEO Marnix Broer tells me that it had quietly raised just under $10 million before now with previous investors including Piton Capital, Peak Capital and Point Nine Capital.

A lot of the focus in edtech in the last year of Covid-19 living has been on technology that helps people learn remotely as well (or maybe even better) than they might have done in more traditional, physical environments: improved streaming experiences, better approaches for teaching via a screen, tools for managing the experience, and so on. StuDocu both fits that mold, but also, in a way, is a throwback to the more basic approach we associate with learning: sitting in a class and taking notes during the lessons.

That was the environment in which four students came together and first formed StuDocu.

In the Netherlands, where StuDocu is based, a large amount of one’s evaluation in an undergraduate class is based on how you do in the final exams, and so the notes have perhaps even more disproportionate value.

CEO Marnix Broer, along with his friends Jacques Huppes, Lucas van den Houten and Sander Kuijk, saw an opportunity while still students back in 2013 to leverage the power of the internet and crowdsourcing, to make it easier for people who were studying the same course at university to connect together online and help each other by uploading notes from their courses and exchanging them with each other — the power of many being one way of better covering your bases in the knowledge department.

(Huppes has stepped away from the company in an active role but remains an advisor, the other two are still there, Broer said.)

Initially the product was “completely free,” he said, and was organically a popular enough concept that it not only picked up users at their university in Delft, but also a number of other schools. Then, as the founders approached graduation, “we decided we needed to earn some money,” and with the concept still going strong, they turned their attention to making their tool into a business.

Through a couple of iterations, “We finally came up with trying to keep as much free as we can in a freemium model,” Broer said. In StuDocu’s case, using the data they had amassed about how much certain documents were viewed, downloaded and recommended over others, they created a top 20% of all documents, which were labelled premium, “so you either upload your own docs or pay a small subscription fee to access them.” Conversely, this also means that 80% of documents on the site are all still free.

StuDocu also built a few pieces of technology into its platform to help fight against scammers or people trying to game it: the only users who it now measures to determine what is premium content are premium users themselves, who do not get any indication of what is premium content on the site and what is not, and are more likely more serious and heavier users of StuDocu.

“We want the best quality documents to stay up and the rest to drift down the pile, so that our users only experience great notes,” he said. “But we know if a few upload garbage we haven’t lost money on it. We just gave access for free and should not have. At the end of the day, it’s a community and we believe that will ensure the quality stays high.” They also incentivise people to review documents with lottery tickets and other rewards.

And it has increasingly been adding in more ways of scanning materials to determine that what people are submitting are actual notes about the subject at hand, rather than blank documents or random unrelated writing. A recent search partnership with Algolia, Broer said, should also help with more granualar document searches, rather than simply searching by university and course to find materials.

It’s a compelling business model that helps square the issue that a lot of user-generated content sites have, which is that the vast majority are consumers rather than creators. Broer said that currently some 15% of its users pay for the service, 15% access it by uploading content, and 70% of its base are using it free and not uploading anything.

Through its gradual building up of a business from a tool that they built to help themselves, StuDocu went, Broer said, from “working in a squat“, to taking a small and cheap space with interns, to what Broer describes “a normal office.”

There are a number of other edtech companies that have identified the potential of providing platforms for students to help each other with learning. Brainly, another big one out of Europe (specifically Poland) built its concept not around notes but students helping each other answer homework questions, similar to Chegg. NexusNotes out of Australia also has built a platform aimed at amassing notes; Academia includes not just notes but also research papers; Docsity also focuses on both class notes and papers. StudySmarter also out of Europe also brings in notes but also applies AI to shape a person’s learning progress.

Perhaps the most similar and StuDocu’s biggest competitor of all is Course Hero out of the U.S., which is now valued at around $1.1 billion (a notable number here too, since StuDocu is not disclosing valuation).

“We consider ourselves the leading global player,” Broer noted, with more than 30 local languages supported across its catalog of courses and notes.

“We help millions of students and have millions of documents, but at the same time we consider ourselves a hyper-local marketplace,” he added. “Three hundred people who are on the same law course can now communicate and share knowledge with each other.”

This funding will be an interesting test of both extending that hyper-local concept to more places, but also tapping into opportunities where the help that might come could have a much bigger impact.

In the UK, for example, going down another age bracket younger than university to students of high school age (14 and up), the majority of them are studying to prepare for two sets of tests, GCSEs that you take in year 11 (aged 16/17 usually) and A-Levels you take in year 13 (18/19 years old), both based around very specific subjects and thus based on very particular curriculums that literally the whole country studies together. That is to say, even if individual schools or teachers might have different approaches or teach better or worse, at the end of the day, all the students will be taking the same examinations in their specified subjects.

This presents an interesting opportunity to a company like StuDocu, which could build a much bigger network of users as a result on an even smaller proportion of contributed, strong notes (since more of the users will all be needing the same materials). This is also a model used in other places, and Broer said StuDocu is well on its way to testing and slowly expanding in specifically these kinds of markets at the moment.

And you could argue that even if standardized tests were not a part of the equation, students will want better notes to use for other kinds of coursework, such as essay writing, or simply to help retain knowledge as they continue to learn. With some 200 million people currently in university education, there are a lot of opportunities to find variations on the premise.

There might also be possibilities down the line to work more closely also with universities to build out the course materials — also a big area considering that a lot of professors already provide notes for their lectures to students — although Broer said that for now its focus is remaining on students and their needs, since in many cases professors still do not do this.

It’s for all of these reasons that investors are there for StuDocu’s funding.

“StuDocu is a platform already helping millions of students around the world, and we’re excited to partner with this talented team in their mission to make education more accessible to all.” comments Bruno Crémel, a general partner at Partech, in a statement. “When we met the team at StuDocu, we were wildly impressed with their data-driven culture and by how much students really love using their services. We look forward to working closely with Marnix and his team as they accelerate StuDocu’s global expansion and develop even more innovative ways to support students in meeting their learning goals.”