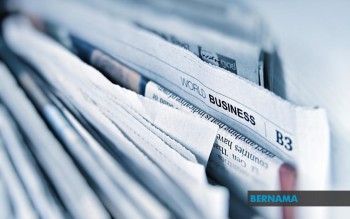 KUALA LUMPUR, June 15 — Strategic merger and acquisition (M&A) activities will be a key driver of the post-pandemic recovery right across the Asia Pacific region as companies more aggressively move to acquire technology and skills, while in some cases divest to reduce their regulatory burdens, according to a new report.

Member firm of Baker & McKenzie International, Wong & Partners, said the report, Charting Growth – The New M&A Landscape in Asia Pacific, revealed that executives across Asia Pacific were sending a clear signal that deal making will be integral to their renewal and growth strategies in 2021 and into 2022.

According to the report, 77 per cent out of 800 senior executives in Asia Pacific expect M&A in their industry to increase in the year ahead, including 42 per cent saying there would be a major uptick in transactions.

In terms of industries, the technology sector was far and away the most bullish, with more than three quarters (78 per cent) predicting transactions would increase markedly over the next 12 months.

However, as a region, M&A was expected to remain robust, particularly in tech acquisitions and for financial institutions, he added.

“While overall economic outlook does affect investor outlook, factors such as regulation and access to new markets, and therefore demand, will also shape the deal landscape.

“The power of financial investors, including private equity and venture capital, infra and credit funds, as well as family offices, will also inform the deal climate in the region,” said Martin in a statement today.

The Malaysian executives surveyed were broadly in line with their regional peers in their expectations for increased M&A activity, as out of the 50 respondents, 72 per cent expect to see more activity with the majority of them (42 per cent) expecting a significant increase in deal activities in the M&A space.

Half of all Malaysian respondents meanwhile identified tech disruptions as the likeliest driver of insolvencies in their sector.

A significant number of participants also pointed to greater regulatory enforcement (44 per cent) and ongoing economic and pandemic uncertainty (44 per cent) as potential causes for companies failing to stay afloat.