Felicis Ventures grows along with its returns, gathering up $900 million across two new funds – Venture Capital 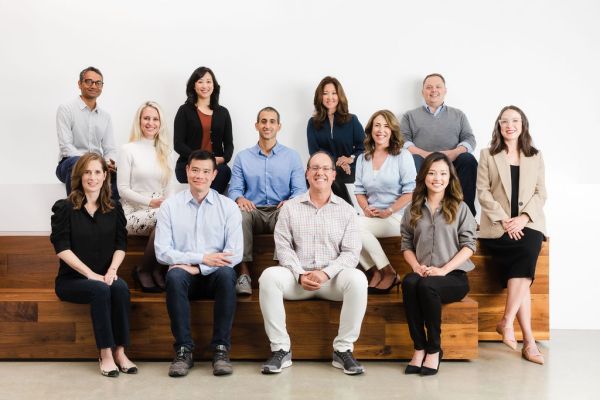 Fifteen years ago, Aydin Senkut, a former Google exec, was an outsider in venture circles that didn’t take seriously his ambitions to become a top VC. Now, his firm, Felicis Ventures, is announcing $900 million in capital commitments across two new funds — a $600 million early stage fund and a $300 million opportunities-type fund to back its fastest-growing winners — and its limited partners wanted the firm to invest even more.

Yes, a part of that is the current go-go market. Much more, however, ties to Felicis’s performance, which has been strong from nearly its outset and goes a long way in explaining how a firm that initially launched with $4 million from Senkut’s own pocket has, in recent years, has been roughly doubling how much it invests with every new fund. (Its seventh and last flagship fund closed with $510 million in March of last year. According to Felicis, across all funds, including losses, it has now produced 6x cash-on-cash returns for its investors.)

It’s hard to pinpoint how Felicis has managed to be right about so many of its investments, which include early bets on Shopify in Canada, Canva in Australia, and Ayden in Amsterdam.

While the firm has long been willing to invest in far-flung places — a differentiator that more firms have begun to copy — it has also chosen well in the U.S., with bets on Plaid (valued at roughly $14 billion right now); publicly traded Guardant Health; Credit Karma (acquired by Intuit for roughly $7 billion); and newly public Recursion Pharmaceuticals (among others).

Asked about its approach, Senkut — who runs the firm with fellow general partners Wesley Chan, Sundeep Peechu, Victoria Treyger, Niki Pezeshki, and an incoming general partner, Viviana Faga — says the firm basically makes both safe and more ambitious bets, writing bigger checks to surer things so it can gamble on new ideas, like a company that makes a sugar substitute.

The partners also stress the importance to the firm of maintaining a high net promoter score. They treat founders well, and founders treat them well, in turn, is the gist, including giving the firm a glowing reference in a competitive situation.

Says Senkut, “We want founders to say, ‘This person has helped me so much, I would almost do anything to take money from this person or to put them on my board,’ versus the traditional method [wherein the VC says], ‘We’re writing a $50 million check and because we invested that money, we’ll dictate who’s on the board and what to do.’”

Not last, says Peechu, who joined Felicis roughly 11 years ago, Felicis often jumps in when the water is still cold. “The fund strategy is not always to make the most amount of money,” he says. “Sometimes, we’re investing to 2% or 3% of a company because that 3% could potentially give us an incredible learning that might help us invest the next $30 million to $50 million in that category.”

Peechu points, for example, to an early bet on video game developer Tapulous that led to a bigger bet on game maker Rovio. “A lot of a lot of people will wait until the first big company is created in a category and they give that company a pool of money,” he notes. “But by that time, 10 years might have passed and you’ve lost a lot of economic opportunity.”

Felicis tends to “risk adjust” instead, he adds. “We say, ‘Hey, I think this interesting category might be emerging,’ Then we go in. Maybe we invest a bit earlier and own a little less, but we pay attention to what’s happening,” he says. “It’s the only way you can understand what’s happening on the field.”

Now, it has far more capital to deploy toward that end. Indeed, its new funds will see Felicis double its investment range from checks that range from $1 million to $25 million to now upwards of $50 million in one slug.