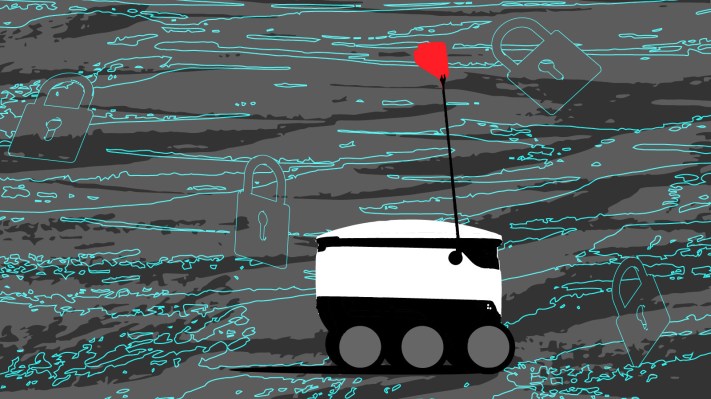 TechCrunch has learned that Mark Dyne, one of Skype’s founding investors, is suing billionaire Skype co-founder Janus Friis in California’s Superior Court for the County of Los Angeles for unlawful conspiracy in his business dealings.

The lawsuit is complex, with plenty of twists, turns and allegations. The heart of the dispute is whether Dyne and his partners, who had managed some of Friis’s investments, were working for — or simply with — the Skype co-founder when they organized a rescue package for Wire in 2019.

At stake is who gets to control Wire and the financial return each side gets from Starship.

Dyne and his investor partners accuse Friis of illegally replacing one of them as a director of a general partnership that manages Wire, and conspiring to reduce their interest in Starship Technologies. Dyne and his partners also allege (and dismiss) accusations by Friis that they had fiduciary duties to him when they found funding for and restructured Wire.

“[Friis] unfortunately believes he is always entitled to have what he wants, can force others to do what he wants, and can re-write history (and agreements) whenever it suits his present purpose,” reads the complaint, filed in July, but not previously reported.

Dyne was a key player in the history of Skype, as one of its original investors and its first board member. He remained on the board through its sale to eBay for more than $2.6 billion in 2005, and was part of the group that bought Skype from eBay in 2009. He was still on the board when it was eventually sold to Microsoft in 2011.

Dyne and Friis worked together extensively in the years after Skype. Dyne was an investor and board member of Friis’s ill-fated music streaming service Rdio, which filed for bankruptcy in 2015. Like Friis, he also served as a director of the general partners of the Iconical investment funds that funded Wire to the tune of more than $64.5 million between 2013 and 2018, according to the lawsuit.

Wire, launched by ex-Skype and Microsoft engineers, offers secure end-to-end encrypted messaging, file sharing, voice and video calls. Friis hoped Wire would become “the new Skype,” according to the lawsuit, but became disenchanted after it failed to scale quickly, and then pivoted to enterprise. Five years after its launch, Wire had acquired only about 150,000 users, all of whom were non-revenue generating, the lawsuit notes, and was burning through $8 to $10 million a year.

“Friis has a history of abandoning companies when they did not achieve their early objectives in his sole opinion,” the lawsuit reads. In addition, it states, Friis himself was highly involved with the design of the robots, the logo and the software app at Starship Technologies.

At this point, the men were apparently still friends. They were working on a new venture referred to in the lawsuit only as “Project X,” and in 2017, Friis even donated $500,000 to Dyne’s charitable foundation.

In late 2018, the lawsuit says that Friis cut off the flow of cash from Wire’s loan facility and sent a text message to Dyne, reading: “Want to make sure we are ready to put everything into a Foundation if all else fails.” Wire would become free open source software, with the foundation responsible for setting terms for open source licenses. Friis envisioned himself, Wire’s CTO Alan Duric and Wikipedia founder Jimmy Wales sitting on its board.

Friis told others that Dyne had “pulled off a miracle” in finding this financing, states the lawsuit. Although the Iconical funds would remain Wire’s single-largest shareholder, the transaction would, apparently, remove the company from Friis’s direct control.

The lawsuit says that following the round, Friis called Duric “a completely f**king disaster” and hastened to sever all ties with the company. It alleges he missed board meetings and did not speak to Morten Brøgger, Wire’s CEO, for nearly a year and a half.

That seems to have changed this year, following Wire’s $21 million Series B round. In May, Friis insisted that Wire be redomiciled in Germany, the lawsuit states: “In hindsight, this was clearly part of Friis’s undisclosed plan to reacquire control of Wire.”

In a Zoom (not Skype or Wire) call in October, says the lawsuit, Friis alleged that if the terms of the Wire transaction had been made clear to him and he had been properly advised, he would have never agreed to it, blaming Dyne and his partners. He also replaced one of them as a director and stalled meetings, it says.

The fight over Starship

Nor are Friis’s actions limited to Wire, according to the lawsuit. It says that Friis was always vexed that he did not have a controlling interest in the sidewalk robot delivery startup Starship, which was structured as a 50/50 deal with another Skype alumnus, Ahti Heinla. The lawsuit includes a screengrab of a text from Friis to Dyne suggesting if that structure could be remedied “in a way that was set in stone, one would easily pay [$]10-15 million for it.”

The lawsuit alleges that Friis conspired with one of his companies to inaccurately claim Starship as a “controlled portfolio company” of one of the Iconical funds. This would inflate his own interest in it at the expense of Dyne and his partners “to the point where [our] interest is no longer a financeable asset in the secondary markets,” it says. “Friis will say or do anything in order to suit his present fiction, no matter the cost to others.”

Dyne did not immediately respond to a request for comment.

Friis’ legal team filed a motion to quash the lawsuit on Friday, on the grounds that Friis — a Danish citizen living in London — is not subject to the court’s jurisdiction.

The motion stated: “More than a decade ago, Dyne [and partner] recognized they could profit handsomely if they hitched their wagon to Friis. And over the ensuing years, while extracting millions of dollars’ worth of fees and profit interests, they pretended they were acting as Friis’s and his entities’ trusted fiduciaries overseeing and managing Friis’s various venture capital pursuits. But in reality… Plaintiffs had a single-minded focus of advancing their own commercial interests at the expense of Friis.”

Friis’s lawyers also provided TechCrunch with the following statement: “Dyne’s defective lawsuit is a defensive reaction to questions raised regarding his and his team’s conduct… Although we believe that the allegations in the complaint are irresponsible, incomplete, and without merit, they also effectively concede that Dyne and his team breached fiduciary duties over their decade-plus relationship as trusted advisers. We look forward to fully addressing these matters in litigation.”

The outcome of this lawsuit, which is still in its early days, is likely to have little immediate impact on the operations of either Starship, which has made over 1.5 million autonomous deliveries and recently snagged ex-Google Loon chief Alastair Westgarth as its CEO, or Wire, which completed its pivot to enterprise customers and enjoyed some success during the pandemic.

However, it does spell the end of a dream team that has created some of the most interesting and influential startups of the 21st century so far.