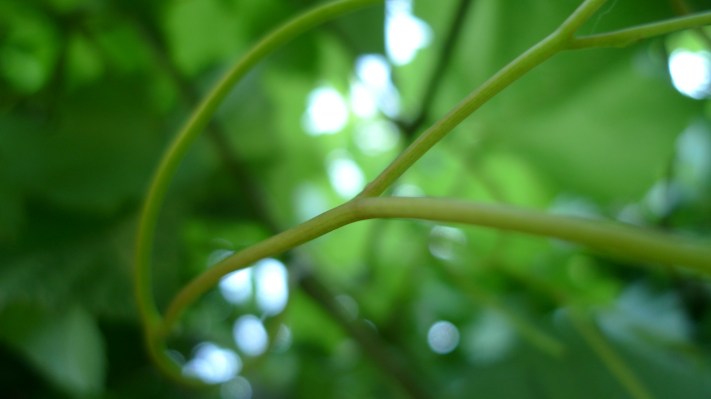 Open banking — a new approach to payments and other financial services that disrupts traditional card-based infrastructure by linking directly into banks — is having a moment. On the heels of open banking startup TrueLayer hitting a $1 billion valuation in its latest round after seeing strong traction for its services, today another open banking startup, Vyne, is officially opening for business, and announcing seed funding of $15.5 million to help it grow.

The funding is coming from Hearst, Entrée Capital, Triplepoint, Seedcamp, Venrex, Founder Collective and Partech, with Alex Chesterman (founder of Rightmove and CEO of Cazoo), Charlie Dellingpole (CEO and founder of ComplyAdvantage) and Will Neale (founder of Grabyo) also participating. CEO Karl MacGregor said in an interview that the round was “massively oversubscribed.”

London-based Vyne has been quietly building its platform — which targets merchants to help them build open-banking-based payment services — for the past 18 months, honing the tools based on feedback from early customers that it’s picked up ahead of today’s wider launch. The sizable seed round from strong investors is due to a few factors. Firstly, because of its early traction — the company says that it’s already processing millions of pounds in transactions in the UK each month, and is growing currently at a rate of 95% each month — in what (secondly) many believe is poised to be a big market in coming years. And thirdly, because of the pedigree of its four founders:

MacGregor’s long financial services resume included years as an executive at Barclays (at Barclaycard), online betting company Ladbrokes (where he oversaw not just payments but also fraud), and Worldpay. COO Damien Cahill spent years at Worldpay, as well as Amazon. CTO Adam Rowland was also a Worldpay alum, among other financial services roles elsewhere. And business development head Nick Daniel spent years in financial services at Logica (now part of CGI) and VocaLink (which was acquired for nearly $1 billion by Mastercard a few years ago).

With a lot of that experience covering payment systems based on cards and card networks, it was the perfect knowledge bank for understanding why open banking was such an important innovation, and why it had an opportunity to disrupt a lot of what’s in place today.

“Our key takeaway over those years [of experience] was that payment cards are not a great fit for e-commerce,” MacGregor said. “They were designed 40 years ago, and are costly and inefficient.”

He noted that the annual cost of dealing with fraud is now at €25 billion (there is a comparable number in this report), and that’s before considering other issues related the friction of using cards for payments, such as shopping cart abandonment (users give up instead of pulling out cards and punching numbers in), mistyped details, and more.

Because of that, MacGregor said many in the industry, including Vyne’s co-founders, “saw open banking as a huge opportunity” to transform the rails around how people get paid. “That is a global scale opportunity, and this is what motivates us,” he added.

MacGregor claims that implementing an open-banking-based system can save a merchant up to 65% in costs because of the added speed and efficiency (and no longer needing to pay fees to card networks).

TrueLayer’s value in the market, as one of the early movers in this space, has been in how it worked with a wide range of major and smaller banks to help build the infrastructure and services to integrate their banking services into a wider network where they could be used for direct payments and providing other kinds of financial data about their customers. It then used that critical mass to build out the connectors to those who wanted to use those integrations to do stuff: build payment flows, authenticate users and more.

As a later entrant, Vyne’s value has been in using some of that groundwork to then focus more on the merchant end of that ecosystem, and to make their open-banking-based services work more seamlessly for their customers. For example, if a customer selects an open banking option for payment in an app, the customer is then redirected to the banking app used for banking to authenticate the transaction and the connection without needing to enter any details. “The UX has been significantly improved,” MacGregor said.

The fact that we’re still talking about early adopters, however, speaks to the bigger challenges that exist, not just for Vyne but all startups focused on open banking. Open banking is at its most mature state in the UK, but even here it’s relatively young: regulations only came into effect at the start of January 2018. Europe has followed on, and although there are companies like Plaid in the U.S. that have made some interesting headway in building services that bypass payment rails, regulation has been slow to follow. Some have even speculated it may never arrive.

The UK’s catchily-named Open Banking Implementation Entity (OBIE for short), a trade body for those building in this area, is predictably upbeat about growth. However, if the numbers speak for themselves, there is clear opportunity. The OBIE said in a recent report that some 300 fintechs are now in the open banking ecosystem, and more than 2.5 million consumers in the UK are using services enabled by open banking (these include payments, getting lines of credit, authenticating services, and more). And, API call volumes reached 6 billion in 2020, up from just 66.8 million in 2018. Adoption is coming, if perhaps slowly and not as internationally as what open banking is trying to replace.

“Our view is that this is the hockey stick of growth that all VCs like,” Megumi Ikeda, the MD for Hearst Investments, said in an interview. “The second factor is the habits of consumers. They have shifted to a cashless economy [but] merchants are still operating on old banking rails… Open banking helps the merchants catch up.”

Perhaps just as importantly, by giving customers a more direct grip on how and where their financial data is used, by dis-intermediating the card companies (and credit ratings, and many others involved) in the process, open banking is part of a bigger evolution in how personal data and information are being used. As systems catch up with what we use them for, that can only be a good thing.