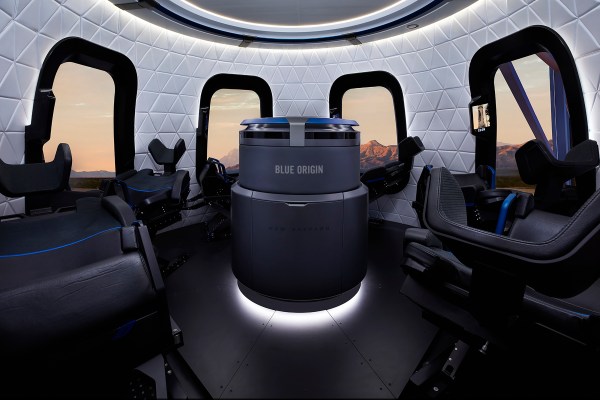 Blue Origin’s second human spaceflight will have a space industry veteran and sector-focused investor on board when it takes off: Dr. Chris Boshuizen, co-founder of Planet Labs and current partner at venture capital firm DCVC. Boshuizen will occupy one of four seats on Blue Origin’s next trip of its New Shepard fully reusable suborbital spacecraft with people on board, following its debut journey earlier this year with Jeff Bezos.

Boshuizen has his PhD in Physics from the University of Sydney, and was a NASA space mission architect at the Ames Research Center in California for four years before going on to found Planet Labs and serve as its CTO during its first five years of operation. He originally joined DCVC as an entrepreneur in residence after that, before becoming an operation partner and then a full-time partner earlier this year.

While he’s spent his entire career in the space industry, Boshuizen says that his ambitions to actually go to space started earlier still: He applied for pilot school in the Australian Defense Force Academy when he was just 17 but tested as partially color blind so he was disqualified from continuing.

The current smallsat and CubeSat boom actually owes a lot to Boshuizen, too: When he was working at NASA, he helped invent the ‘Phonesat,’ which was an orbital satellite effectively built from a modified smartphone. The primary reason micro satellite constellations exist today in such high numbers is that the miniaturization of high-tech components spurred by the rise of the smartphone made small, powerful satellites that are relatively affordable to build and launch possible.

We don’t yet know other details about the Blue Origin flight Boshuizen will be on, including the exact date and time, but earlier in the year Blue Origin CEO Bob Smith suggested it could happen either late this month or next.

Boshuizen joined us last year at TC Sessions: Space, and the next event is coming up in December — still plenty of time to grab your tickets.