RPA industry consolidation continues with sale of Blue Prism to Vista for £1.095B – Startups 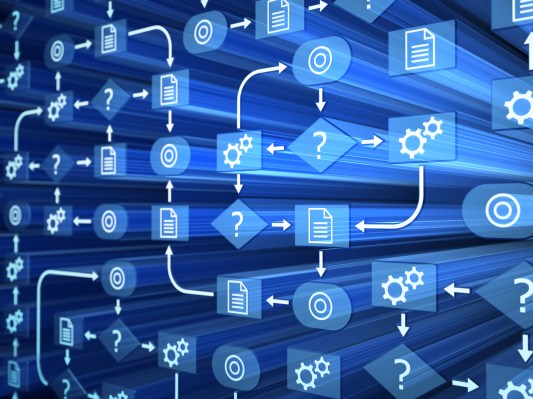 The robotic process automation (RPA) market has been red hot over the last year, and today one of the market’s pioneers, Blue Prism, was sold to Vista Equity Partners for £1.095 billion ($1.5 billion USD), according to an official filing in Great Britain this morning. While we have seen a lot of RPA startups being acquired by larger vendors over the last year, this is the first deal involving one of the top three vendors in the space.

It’s a complex deal in which Vista set up an entity called Bali Bidco Limited — which, according to the filing, is indirectly owned by Vista Funds — to make the purchase on its behalf. While it’s unclear why it used that financial mechanism, the end result is the private equity group is buying Blue Prism and folding it into another Vista property, Tibco, which the firm acquired in 2014 for $4.3 billion.

Blue Prism, by its own admission in the official filing, was facing tough times and has been exploring its options since its annual general meeting last March. “The Blue Prism Board has considered a range of strategic options given the strategic and operational headwinds facing the Company, the significant risks in execution and the shareholder consultation feedback,” the company said in the filing.

One of those options was a sale, which it decided was the best approach for the company, which recently reported revenues of around £160 million (approximately $217 million USD). Jason Kingdon, chairman and CEO at Blue Prism, sees this as the best path forward for the company to put it on more solid footing.

“Combining with Vista and Tibco will ensure we remain at the forefront of the next generation of intelligent automation: We can expand the range of products we offer our customers, with Tibco’s global footprint and technologies; and, as a privately owned company, we will also have greater access to capital to pursue new growth opportunities via product investment and other potential M&A,” Kingdon said in a statement.

The company was not growing particularly quickly for its level of unprofitability, despite making progress in stemming red ink. The value of Blue Prism had fallen before the deal was announced, indicating that public investors were not entirely enthused with its performance; Vista is paying a premium for the company through Bidco, though less than what Blue Prism was worth earlier this year before its most recent declines.

If you look at the company’s H1 2021 revenue and extrapolate that over a year, Blue Prism is selling for around 6.8x revenues. This is a useful figure as it indicates what the exit value of public software revenues may be in the European market from a company that is growing slowly as Blue Prism is. Vista appears confident that the purchase and combination with Tibco will prove lucrative.

While Tibco, a legacy vendor founded in 1997 offers a broad range of automation services to connect data sources across a company, Blue Prism offers robotic process automation services, which helps automate a set of mundane legacy tasks across an organization. The two should fit well together, at least on paper as Blue Prism gives Tibco a leg up on the growing RPA market.

Last year Gartner reported that the top three vendors in this space included UIPath, a company that went public last year to great fanfare, Automation Anywhere and Blue Prism. In a report last year, IDC estimated that the RPA market would reach $2 billion this year, a modest amount considering the hype circulating around it, but one which IDC expects to reach $5.9 billion by 2024.

There has been a lot of consolidation in the industry with smaller companies being purchased by larger ones over the last year. Most recently Salesforce bought German startup Servicetrace and combined it with Mulesoft, which is a similar kind of move to Vista buying Blue Prism and folding it into Tibco. Mulesoft and Tibco could be considered competitors.

The deal is still subject to Blue Prism shareholder approval, as well as the standard regulatory process. Blue Prism stock is off 2.12% on the news.