PSPDFkit raises $116M, its first outside money; now nearly 1B people use apps powered by its collaboration, signing and markup tools – Startups 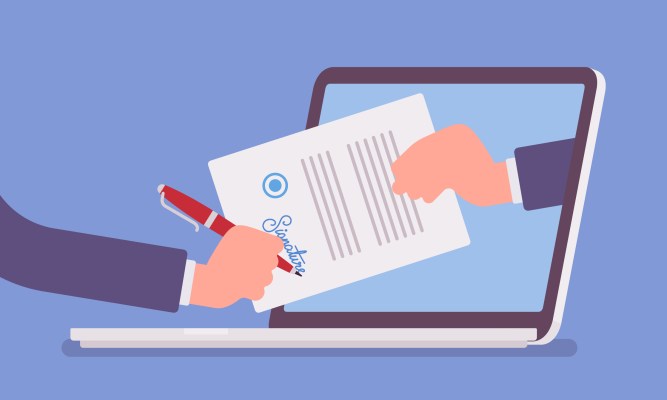 An under-the-radar, bootstrapped startup from Vienna, Austria — a hit with developers for technology that underpins user experience for some of the world’s most popular apps — is doubling down on momentum and announcing its first outside investment, in the form of a large growth round of funding.

PSPDFkit — which provides APIs and an SDK that developers use to power document processing features like e-signing, document viewing and editing, collaboration and much more — has raised €100 million ($116 million). The funding is coming from a single investor, Insight Partners.

PSPDFkit is already profitable, and it has been for a while, so this investment is about stepping up its pace of growth. It plans to use the investment to build more developer tools, make strategic acquisitions (co-founder and CEO Jonathan Rhyne is mum about what, except to say that it will be to expand the suite of useful tools that it provides); and, for the first time, make some concerted efforts in the areas of sales and marketing.

A lot of PSPDFkit’s growth to date, in fact, has been by word of mouth, a strategy that has gotten it very far up to now. Its customers include Dropbox, DocuSign, SAP, IBM, Volkswagen, Fabasoft, Wolters Kluwer Deutschland, and the European Patent Office, among a number of others that it works with under NDA.

In many cases, not every company is happy to admit just how much of their user experience and technology have been built by third parties, and that’s the situation with where and how PSPDFkit is used, too, but the fact remains that it’s quietly huge: altogether, PSPDFkit’s tech, by way of its APIs and SDKs, is now approaching 1 billion users in 150 countries.

Unsurprisingly, this traction has also meant that PSPDFkit has had a lot of acquisition interest over the years. Large technology companies building productivity tools, working with developers already, and are already very active in mobile apps and cloud services have all knocked on PSPDFkit’s door. Although the startup is not disclosing its valuation, you can guess that, given its size and profitable status, with this latest round, it’s definitely become a more expensive buy. (And if all goes to plan, will become even more so.)

The story of PSPDFkit is an interesting one that mirrors a lot of how mobile development itself has grown up over the years.

Originally the company started out around 2011 as a framework and toolset created by Austrian engineer Peter Steinberger, who was already involved in the iOS developer community and could see a need in the market from a number of apps for document-manipulation features like e-signing, document editing, and document viewing. Apps were letting us turn a lot of things into virtual experiences, and paper was shaping up to be one of the first things to go.

That need turned out to be a classic use case for building that functionality and making it something that many others could access by way of SDKs and APIs: document manipulation tools — even something so basic as previewing a file that is contained in a cloud-based folder — are very hard to build from scratch, are not necessarily part of companies’ core businesses, yet are nevertheless central to how they work.

Steinberger’s framework thus became one of the early examples of how SDKs and APIs could be used to integrate different services and functionality into other apps — a basic principle has now been applied to a whole host of other features: embeeded financial services, eg, neobanks; embedded payments, eg Stripe and others; embedded communications, eg, Twilio, Sinch, etc; and so on.

(The name PSPDFkit was a reference to Peter Steinberger’s initials; PDF because PDFs were, and largely remain, the company’s initial focus; and “kit” in reference to the SDK that it was.)

As mobile app creation and usage started to really take off, so did Steinberger’s framework, and soon Martin Schürrer joined him in building it. Rhyne — who was working in the U.S. as an attorney representing developers — then became their lawyer after meeting them at a developer event. Soon into that relationship, the three realized that not only was there a proper, growing business to be managed, but Steinberger and Schürrer had little interest in doing that. By 2014, Rhyne gave up practicing law and came on as a third co-founder, with Steinberger and Schürrer in Vienna, and Rhyne based out of North Carolina in the U.S.

With this round, Steinberger and Schürrer are stepping away from full-time roles but remain “significantly invested” in the business, while Rhyne is staying on as CEO.

Things evolved rapidly from there, in keeping with the meteoric rise of apps themselves.

Starting out on iOS, today PSPDFkit provides tools that can be used for building apps on Android and the web, using Flutter and React Native. The strategy is to work on building out a bigger platform to handle multiple, related functionality that developers might want to use related to documents, and perhaps the wider world of productivity.

Rhyne’s basic description of what PSPDFkit and its customers do today is “obsoleting paper.” But over time — not unlike how Stripe has progressed from its core feature, providing APIs to power payments, to a wider suite of services related to transactions — PSPDFkit sees an opportunity to do more, too, not least because the world’s expectations have also changed.

For example, Rhyne recalled how PSPDFkit put out a real time collaboration platform in 2015, “but we were like, ‘Man, it’s not getting traction, people don’t really want to use this.’” Then Covid-19 happened, he continued: “Now every single customer is saying, ‘This looks great. Yeah, we want to use that…’ I think that we’re seeing a change in the way people interact with documents.”

That speaks of a lot of opportunity both for the startup, and for its investors.

“Software developers and engineers are on the cutting edge of work simply by the nature of their craft,” said Ryan Hinkle, MD at Insight Partners, in a statement. “How they work and collaborate should be on the cutting edge, too. With PSPDFKit’s software development kits and hosted solutions, the company is revolutionizing document processing for enterprises and the developers they task with keeping the company at the forefront of innovation. Insight is thrilled to play a role in the company’s growth journey.” Hinkle is joining the board with this round.