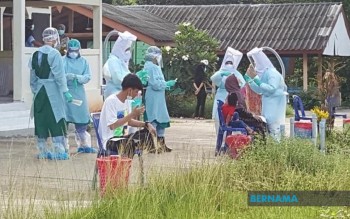 “A total of 26 fatalities have been reported in the southern region,” she said at COVID-19 briefing here today.

Apisamai said among factors contributing to the surge of new cases in southern provinces including many  not wearing face masks as well as gathering and drinking in public.

“Cooperation from the public is vital to curb the spread of COVID-19,” she said.

A senior public health officer attached to the southern region, Dr Suthep Phetmak said large gatherings and a low vaccination rate were the primary concerns in the region.

“The dominant strain in the southern region is Alpha which is about 58 per cent followed by Delta (38 per cent) and remaining cases are related to Beta,” he said.

Besides that, Thailand is also easing more restrictions and allowing more businesses as well as services to reopen in Bangkok and 28 provinces at maximum and strict controlled areas or “dark red zones” starting today.

The nightly curfew is reduced by one hour from 10 pm to 4 am, effective today.