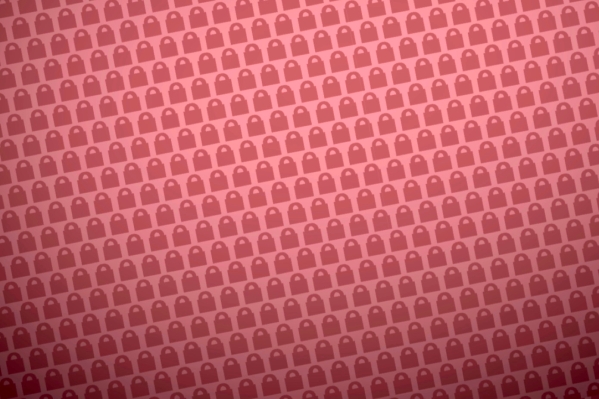 Duality, a startup founded by groundbreaking cryptographers and data scientists that is building tools to make it easier for companies to share data and collaborate with each other without compromising sensitive information, has raised some funding on the back of some significant early deals, including a contract with the U.S. Department of Defense.

The startup, which uses homomorphic encryption — a relatively new technique that lets companies analyze and use encrypted data without needing to decrypt it — to build more privacy-centric, secure collaboration tools, has raised $30 million, in a Series B that includes a number of strategic investors. LG Technology Ventures is leading the round, with Euclidean Capital and the National Bank of Canada’s corporate venture capital arm NAventures also participating, along with previous backers Intel Capital (which led Duality’s Series A), Hearst Ventures and Team8.

CEO Alon Kaufman — who co-founded the company with a team of other data scientists, mathematicians and engineers including Shafi Goldwasser (who won a Turing Award for her groundbreaking work in the cryptographic algorithms that form the basis of homomorphic encryption), Rina Shainski, Vinod Vaikuntanathan and Kurt Rohloff — said in an interview that the plan will be to continue in its efforts to build more secure collaboration tools.

When it comes to commercialization, homomorphic encryption (HE) is still in its early days, and so the startup will be using the funds to further work on how to scale and productize the technology, to make it something more usable by all kinds of enterprise customers, as well as to continue with its R&D efforts, both independently and in partnership with other vendors, which include its strategic backers, but also others like Oracle.

“It’s clear to us that we can’t expect customers using our product to be experts in homomorphic encryption,” Kaufman said. This is one reason why it’s working on deals to integrate the technology into other systems that the customers might typically use, such as products like Oracle’s or IBM’s. “That means that any fraud analyst can click a mouse buttons and not care what runs behind the scenes. The heavy lifting is done by Duality.”

There are a number of other companies also working on ways to apply homomorphic encryption into enterprise networking: they include Enveil, backed by the CIA’s investment arm; IBM and Paris-based Zama. (And there are others like Evervault that are creating alternatives that do not use HE.)

One important piece of traction for Duality is that it’s already found some interesting customers. Earlier this year, Duality announced a $14.5 million deal with DARPA to work on new hardware, in collaboration with third parties, that can better handle the resource-intensive demands of homomorphic encryption processes.

Alongside the DARPA deal, Duality is building and selling tools that blend HE with other data science techniques — which it sells under the name Duality SecurePlus — the idea being that HE is used for the most sensitive data, while other tools are applied in other places. Other customers of the startup include organizations in areas like financial services, healthcare and government.

Duality’s technology addresses a fundamental paradox in the world of big data.

On the positive side, data collaboration holds a lot of promise for the enterprise world. Used intelligently, having as wide a pool of data as possible from multiple sources can help organizations with breakthrough medical insights, training artificial intelligence models, tracking fraud or security issues, gaining a better understanding of consumer behavior, and more. And in some cases, it’s an essential component of how things work: not a business choice, but a must.

But on the negative side, all that silver lining also comes with a big cloud. Organizations run the risk of unintended or malicious data leaks; and in proprietary situations, a business might like the net products of sharing data with would-be competitors, but not the idea of sharing its IP or valuable customer information.

Data breaches and other cybersecurity issues are occurring these days with increasing frequency while data protection regulations and consumer expectations are getting ever stricter, and so grows the need for better tools to handle how data is used.

That is one reason why Duality has attracted the attention of so many strategic backers.

LG is an interesting investor in this regard. Duality is headquartered in New Jersey, but it has its roots in Israel, a country where LG has been getting increasingly active as it ramps up its presence in cybersecurity and applications of it in specific markets like automotive. Just the other week, it made its first acquisition in Israel, buying Cybellum, a specialist in connected-car cybersecurity.

“As privacy challenges mount in our data-driven world, Duality has established itself as a market leader in the swiftly developing privacy tech space,” said Taejoon Park, Managing Director, LG Technology Ventures, in a statement. “Demand for collaborative and secure computing techniques is skyrocketing – including privacy-preserving AI and Machine Learning analytics – and will continue to do so as businesses look to unlock their treasure chests of data while staying on the right side of increasingly complex privacy regulations. Duality is ideally positioned to lead the applications of privacy-enhanced computing in numerous industries through this period of rapid change, and I am excited to see the company expand its highly innovative solutions to even more fields.”