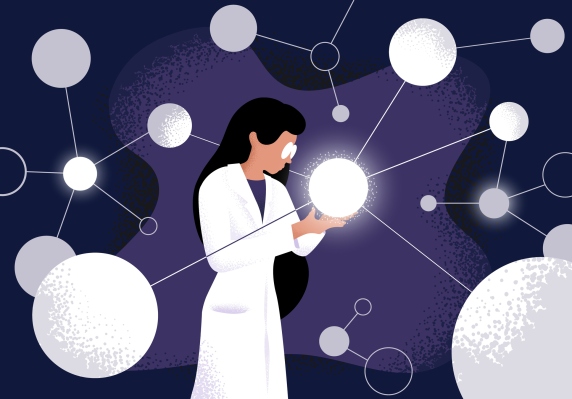 Update: The round in question was $135 million, not $100 million as originally noted. I apologize for the mistake!

What do you call AI these days? ML in a suit.

ML, or machine learning, is a big market today. That is thanks to modern corporations accreting data like hoarders and data science maturing as a work category. Evidence of the former can be found in the growth posted by Databricks in recent quarters, and the latter by just how much cash Big Tech companies are willing to drop on ML-focused roles.

The market that Weights & Biases plays in, then, is active these days. That makes it not a huge surprise that the startup just raised more than $135 million in a supersized Series C. The company is now worth around $1 billion, it said in a release. Felicis, Insight Partners, Bond and Coatue contributed to the deal.

According to Carta data, data and analytics-focused Series C rounds since the start of 2020 have median values of $43.75 million, and median resulting valuations (post-money) of around $416 million. That makes this round effectively a double-up on what we might expect the company to raise, given historical data.

In product terms, Weights & Biases plays in the “MLOps” space, or the machine learning operations market. MLOps is analogous to DevOps, naturally, despite being a newer category. 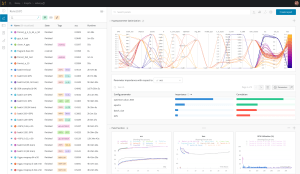 According to Weights & Biases co-founder Lukas Biewald, the software world has a set of tools built for developers to write and deploy code well. This could include a git-style service (GitLab, GitHub, etc.), monitoring (Atlassian, Datadog, etc.), and the like.

His company’s goal, he explained, is to build a similar stack of services for the ML world. And today, he explained, many ML teams are working with ad-hoc tooling or simply without software assistance.

The need for such a stack could be stark. A difference between the development and the ML world, according to Biewald, is that while code crashes when it fails, ML work can “behave badly” in more subtle ways.

Enter Weights & Biases, naturally. The startup’s product life started with experiment tracking, which Biewald likened to code versioning in the DevOps stack. Git, he explained, while great for versioning code that humans write, is somewhat poor at handling different versions of computer-generated code, like that which comes from machine learning work. That’s the sort of issue that Weights & Biases wants to take on.

The effort is certainly attracting investor attention. Felicis investor Aydin Senkut told TechCrunch that he’d had his eye on Weights & Biases for some time, but that other investors wound up leading its preceding two rounds. This time ’round, Senkut got into the cap table by pre-empting the company. Per Biewald, Weights & Biases would have raised a similar round, albeit later, if Felicis hadn’t led the charge.

TechCrunch dug into the startup’s pricing scheme prior to chatting with the company. Its price list looked inexpensive compared to the productivity that Weights & Biases appears intent on delivering as its builds out its service. Note that this is not a compliment per se; underpricing is a way to transfer value from the company — and investors — to customers in the near term.

Biewald said that Weights & Biases is pricing its service so that it is easy for anyone to access. Senkut added that amid customer checks executed by Felicis during its diligence for the investment, clients said that the startup was underpricing its service by a factor of three.

The investor added that he was excited by the prospect as other companies like Shopify had pursued similarly long-term greed over near-term incomes.

Frankly, I am intrigued by what Weights & Biases seems to want to build. Let’s see how far a nine-figure check that came early can get the company. The next time we talk, it will be time to home in on growth metrics more precisely and check in on the margin impacts of its free service (unless, of course, it sticks that particular item in its sales and marketing expense line item).