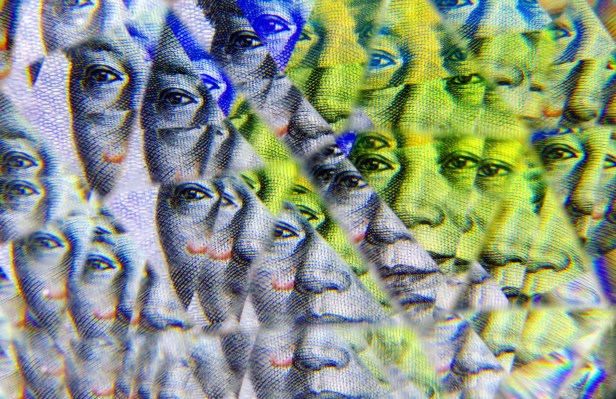 As wave after wave of regulatory crackdowns have dominated China tech news in 2021, one can be excused for losing track of what is being regulated, who is doing the regulating, and what exactly the regulations are. From fintech to data management to education, the rules of the game are being re-written by a range of agencies, often at a rate faster than all but the keenest observers can follow.

For antitrust, a newly-empowered bureaucratic entity appears to be sending the signal that we are only at the beginning of a large-scale reorganization of how Chinese internet firms interact with consumers, vendors, and the state. Formed only three years ago as a merger of already-existing agencies, the State Administration of Market Regulation (SAMR) has quickly become a force to be reckoned with, reshaping how companies view risk and opportunity in the market with the world’s most internet users.

Having already levied hefty fines on the likes of Alibaba and Meituan, recent developments suggest that SAMR is only getting started. On October 13, Reuters reported that China is considering upgrading the antitrust bureau within SAMR to deputy-ministerial status, under the name of the National Antimonopoly Bureau.

The elevated ranking would reportedly help antitrust investigators gain resources when examining mergers and acquisitions and would also help to strengthen SAMR’s in-house capability to conduct research that it has previously had to outsource. This would be aligned with previous reporting that the agency had been planning to considerably expand its workforce.

That portends further choppy waters for China’s tech giants and others competing for market share. It’s also rapidly changing the investor calculus of how to value some of the fastest-growing companies in the world.

Trusts and the antitrust blowback

This sort of regulatory blowback is hardly unprecedented. Known for its opulence and extreme inequality, the “Gilded Age” of the decades that followed the American Civil War saw the rise of the U.S. as an industrial and economic superpower. The period was marked by a weak central government and the rise of the country’s hyper-wealthy corporate interests and industrialists with names like Rockefeller, Carnegie, and Morgan, whose monopolies dominated economics, politics, and society.

While a time of great innovation and dynamism, its excesses also brought about the corrective measures of Theodore Roosevelt’s Progressive Era at the turn of the century, in which regulatory measures were taken to conserve natural resources, protect consumers and break up corporate monopolies.

As several observers have noted, present-day China has more than a few parallels with America as it transitioned from the Gilded to the Progressive Era: with a country stricken by social inequality, environmental degradation and behemoth corporate interests, Xi Jinping has consolidated control over the reins of the state and is attempting to curb the excesses that have resulted from decades of transformative growth.

Like Roosevelt, Xi appears to view his country’s most valuable corporations as oversized giants whose dominance threatens the long-term health of its economy and society. Yet while Roosevelt busted oil and railroad monopolies, Xi seems to have his sights set squarely on China’s world-leading internet companies.

Redefining “monopoly” for the platform economy

As China’s leaders seek to turn the page on the country’s Gilded Age through digital-era trust-busting, it is also looking to re-examine how monopolies are defined. For China and the rest of the world alike, this means crafting regulations that address the unique characteristics of market power in the digital economy. “As many of the large internet platforms are two-sided marketplaces, regulation needs to consider both consumer and merchant protections,” explains Michael Norris, a Shanghai-based analyst for market research firm AgencyChina. “Effective regulation needs to walk a tightrope between consumer protections, merchant interests, and platform economics.”

This stands in contrast to the longstanding established norm in the U.S. of the Consumer Welfare Standard, which directs courts and regulators to focus on the effects that challenged business practices have on consumers, rather than on alleged harms to specific competitors. For a digital economy in which the largest players such as Alibaba or Amazon function largely as intermediaries between vendors and consumers, and which use their massive scale to outmatch their competition, increasing numbers of policymakers have argued that the Consumer Welfare Standard is insufficiently comprehensive.

SAMR appears to be taking that position as well, given the targets of its investigations and the penalties it has levied thus far. Alibaba and Meituan have each been slapped with fines of 3-4 percent of annual revenue for their longstanding “choose one from two (er xuan yi 二选一)” practices, in which merchants were pressured to use the platform exclusively. While this practice was at times explicit, it often was exercised through more subtle or deceptive means, exploiting the data and recommendation algorithms that play such a prominent role in determining a merchant’s success. Some such tactics were listed in the recent SAMR announcement as it concluded its Meituan investigation.

Along such lines of forced exclusivity, China’s Ministry of Industry and Information Technology (MIIT) has also directed internet firms to tear down their “walled gardens,” and cease their formerly common practice of blocking competitors’ links on their platforms. Though adding complications for some firms, the banning of such behavior seems to be welcomed among Chinese consumers, as the inability to share Alibaba’s links on Tencent’s WeChat platform was a common annoyance.

A challenging time for investors

For investment firms, a greater concern may be in the heightened scrutiny over mergers and acquisitions. In July, a $5.3 billion merger between China’s leading game-streaming platforms Huya and Douyu was terminated two days after a SAMR decision to prohibit it, the first “adverse” merger control decision adopted by SAMR and its predecessor against a transaction without foreign participation.

Indeed, China’s antitrust push, coupled with its broader wave of regulations, have investors rethinking their strategy in the country. One anonymous employee of a prominent VC firm complained of greatly increased complications in gaining approval for a recent merger proposal, citing a far more invasive screening from SAMR than was previously expected, with questions ranging from business models and practices to issues of national security. In the end, the firm decided not to move forward with the deal.

Questions also loom large for the superstar firms that once headlined equity investors’ China portfolios. For many large, platform-based firms, consistent profitability has remained elusive. The prospect of continued growth and the profits that can be extracted from future market dominance was central to their once-soaring share prices and valuations. The e-commerce and food delivery fields in which Alibaba and Meituan operate, for example, are famously high volume/low margin areas. The fines, which amounted to 3-4% of top-line sales volume, do serious damage to already thin bottom lines.

Perhaps most worrisome to investors are the limited windows when they can achieve exits for their China-based investments. In addition to increased deal scrutiny that make mergers and acquisitions more difficult, regulatory roadblocks to IPOs are popping up where they have not been seen before. Though the dramatic eleventh-hour halting of Ant Group’s late-2020 listing sent shockwaves through the financial community, it was also seen as an anomaly: had it gone through, it would have been the biggest public offering in history. The intervention to block it was also conducted by China’s powerful central bank, and reportedly ordered by Xi Jinping himself.

What we are now seeing is a growing number of regulatory agencies further down the bureaucratic hierarchy who have both the power and the mandate to interfere with IPOs if they deem it necessary.

There is, of course, China Securities Regulatory Commission (CSRC), China’s counterpart to the Securities and Exchange Commission, which has announced a new cross-agency task force to crack down on illegal activities in the country’s capital markets as a number of the regulator’s former leaders are charged with corruption.

After ride-hailing platform Didi Chuxing ignored warnings not to go through with their U.S. offering until after conducting a thorough examination of its network security, the Cyberspace Administration of China (the country’s chief cybersecurity watchdog) appears to be dedicated to making an example out of the company, removing it from app stores and placing the future of both the firm and its leaders in question.

Finally, as SAMR is given elevated status, it is highly likely that it will also have the power to determine if and how a company is allowed to go public.

For investors hoping for IPOs, the road to their exit is lined with a growing number of checkpoints whose standards seem to be getting progressively tighter.

With an elevated regulator coupled to a sweeping mandate, China’s antitrust campaign can now potentially reach areas where very little precedent has been set. Compounded with the authoritarian nature of China’s political system, there is very little that firms can do to fight back. In many cases, the best they can try for is to comply, and maintain a positive working relationship with authorities, as the alternative is far worse.

“Chinese authorities are very adept at using reputational sanctions,” explained University of Hong Kong law professor Angela Huyue Zhang while appearing on my podcast to discuss her book Chinese Antitrust Exceptionalism. “They are very adept at leaking information to (state media) and there are different ways that they can announce an investigation, leading to different levels of media publicity.” Zhang went on to cite Alibaba’s $90 billion drop in market capitalization after the mere announcement of an antitrust investigation on Christmas Eve of 2020. As Didi is also now experiencing, the reputational taint of being outside of Beijing’s good graces can be as damaging as any formal punishment.

With investigations into Alibaba and Meituan now concluded, it may be the case that the scrutiny into “choose one from two” practices are wrapping up. However, fear and speculation outweighs the certainty at the moment, as a newly-empowered and staffed-up SAMR likely has plenty on its to-do list.

One popular theory is that the beefed-up SAMR will spend more of its muscle targeting subsidized group-buying practices that helped propel the rise of social e-commerce firms like Pinduoduo, but which also can place strong downward pressure on prices, hurting small vendors. In March, SAMR slapped minor fines on five firms for illegal behavior around group-buying practices. As such practices have been known to be quite common among China’s internet platforms, there could be considerably more to be found if regulators continue to dig, as well as harsher penalties, perhaps, to follow.

“Previous SAMR-issued fines and commentary show they take a harsh view of subsidies used to sell goods and services below cost,” says Norris. “A stronger penalty regime is what SAMR needs if it’s to create an effective deterrent to subsidy-driven growth.”

What is also worth noting is the extraterritorial nature with which antitrust can be used, particularly as a countermeasure to U.S. sanctions. “In 2018, there was an onslaught of sanctions on Huawei and ZTE and other Chinese tech companies, and this was really a wakeup call for the Chinese government, which realized that the U.S. has such strong extraterritorial sanctioning power,” said Zhang. “One of the tools that [the Chinese government] came up with was antitrust, as it allows them to exert extraterritorial jurisdiction over foreign business.”

This came into play significantly in mid-2018, when Qualcomm abandoned a proposed $44 billion acquisition of Dutch chipmaker NXP Semiconductors after struggling to get SAMR approval for the deal. Though U.S.-China relations appear to be somewhat brought back from the brink of the Trump years, it is clear that China considers extraterritorial antitrust measures to be an arrow in its quiver.

What we do know is that for both foreign and domestic firms alike, the free-wheeling days of China’s Gilded Age are quickly becoming a thing of the past, and that antitrust is a powerful tool in forcing that transition to happen.