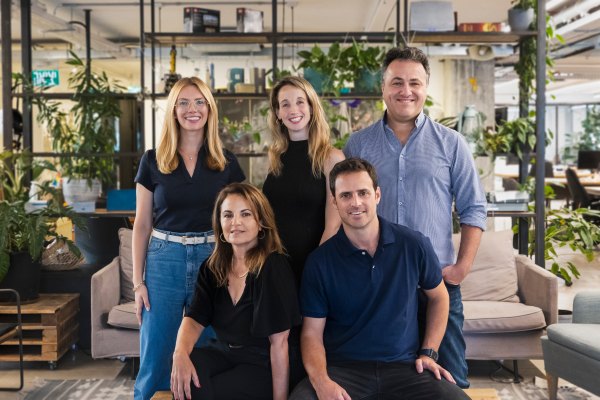 UpWest, the venture firm led by Shuly Galili, Gil Ben-Artzy and Assaf Warhaft, announced this morning that it has closed on a $70 million fund, the fourth in the firm’s 10+ year history.

The firm is unique in that it specializes in funding and supporting Israeli founders who are looking to enter the U.S. market early in their startup’s life.

The earliest funds for the firm were sub-$10 million, but returned and then some for LPs thanks to investments in startups like SentinelOne, which recently went public at a valuation north of $10 billion. Some other standout portfolio companies for UpWest include Honeybook (valued over $2 billion after its recent raise), Stampli, Imbuit, and CyCognito.

As the firm has matured, and seen success with its portfolio, it has become more able to be aggressive within the ecosystem. UpWest can now lead pre-seed and seed rounds, and has already taken point on four seed rounds for stealthy companies, using capital from its new fund.

Though UpWest is sector agnostic, it has developed expertise in areas where Israeli tech is strongest, such as cybersecurity, AI, cloud infrastructure, DevOps, and fintech.

Galili told TechCrunch that there is opportunity in spaces like modernization of data, particularly in industries like the supply chain and health care.

Alongside the news of its next fund, UpWest is also announcing that it has opened an office in Tel Aviv. Galili explained that this structures the firm to be more similar to many of its portfolio companies, who have an HQ in the U.S. but run an engineering team based in Israel.

“Israel continues to be a bellwether for new innovation, new technologies, and it’s a maturing ecosystem, to the point where you have now so many unicorns and so much money flowing to the late stage,” said Galili. “We’re also seeing a lot of new players coming into Israel and billions of dollars have been poured into kind of betting on the fast horses there. The current seed stage, however, I would say is still an area where we feel — because we’ve had 10 years of really specializing in that category and building the right infrastructure and the right relationships with others — we feel we have incredible opportunity to continue to be active.”