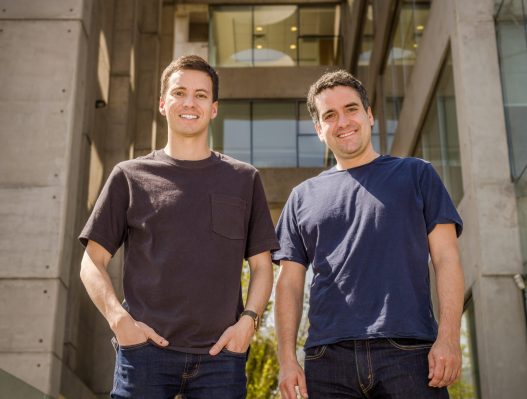 Fifth Wall also participated in the financing, along with existing backers OneVC, Elad Gil, Liu Jang and new investors Fen Ventures, Broadhaven and Rahul Mehta, managing partner at DST Global. With the latest round, Houm has raised a total of $45 million since its inception.

Santiago-based Houm plans to use the new capital mostly to expand to 15 new cities across Mexico, Colombia and Chile — the three countries in which it currently operates — as well as to triple its current headcount of 350.

The startup had used its seed capital to expand and consolidate in Bogota, Colombia, and Mexico City. (It began operations in Bogota in mid-2020 and in Mexico City in January 2021.) Houm has seen its revenue grow by over 11x in the last year, a metric that exceeded its own expectations, although it did not reveal hard revenue figures. The company is not yet profitable as it is currently focused on growth.

Houm offers an online service that helps homeowners rent and sell properties “up to 10 times faster,” it claims, than traditional methods. Rather than using realtors, it relies on “Houmers,” self-employed professionals who prepare properties for sale or lease, and then manage them. Houmers make money each time a home they worked on is sold or rented.

CEO Benjamin Labra, who co-founded the startup with COO Nicolás Knockaert, said Houm’s ultimate goal is to “become the leading digital brokerage” in Latin America and give people an affordable alternative to leasing, selling and managing properties online. Its model is similar to that of Brazilian unicorn QuintoAndar, which has also raised significant capital this year.

“Ninety-five percent of our properties are leased in 30 days or less, and our freelance force, the Houmers, allow us to show properties every six minutes every day,” Labra said.

Houm offers services to both landlords and tenants. When a property owner decides to put his or property up for rent or sale, Houm commissions a Houmer to take professional photographs and videos, at no cost to the proprietor. The Houmers also inspect the house or apartment so that prospective clients can feel more secure in their decisions.

The properties are then published on real estate online marketplaces within 24 hours. Houm also invests in digital marketing, in an effort to provide greater visibility and access to customers. Once the property is published, Houm provides tours to prospective renters of buyers, either virtually or in person.

The startup also developed an AI algorithm called ReV, which allows clients and owners to instantly know the optimal rental or sale price of any property based on other similar properties in the area they are considering.

As potential tenants make offers, Houm performs a background check on the candidates and presents the options to the owners. After that, the company creates a digital contract to all parties involved.

“Houm is the only and biggest proptech in the Spanish-speaking LatAm doing rentals, sales and property management,” Labra told TechCrunch. “Because there is no MLS and no exclusivity in the real estate industry in LatAm, having its huge freelance force in the ground allows Houm to be faster and win the deals.”

The pandemic, he said, accelerated by “many years” the practice of using the internet to rent and sell properties.

“It was very beneficial for us due that we have an online end-to-end process and people will always need a home, so we provided the service that they were seeking,” Labra said. “We had an important tailwind that helped our growth to rocket sooner than expected, and this practice is here to stay.”

Hatim Khety, partner at Goodwater Capital, noted that home seekers in Latin America have been underserved for some time.

“With Houm’s seamless search experience and digital closing process, the company is pioneering a consumer experience that is significantly better than the status quo,” he wrote via email. “Landlords similarly love Houm’s end-to-end technology platform for pricing, listing, and managing their properties, driving shorter vacancies and greater rental income. We are thrilled to be partnering with Benjamín and the entire Houm team on their journey to increase housing accessibility across Latin America.”