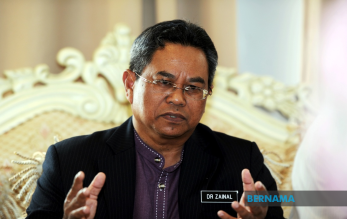 MELAKA, Nov 14 — The ‘omnipresence” method of an increased presence of enforcement officers at focused locations is the most effective measure to raise the standard operating procedure (SOP) compliance level throughout the Melaka state election period.

Malaysian Public Health Physicians’ Association president Datuk Dr Zainal Ariffin Omar said that based on monitoring carried out by Volunteers for Community Engagement and Empowerment for COVID-19 (VCEE19), it was found that the public, including political party workers and supporters, feared being watched by the authorities and being issued with summonses for flouting the stipulated SOP during campaigning or when attending political programmes.

“The VCEE19 group has conducted election SOP surveillance to curb the spread of COVID-19 since nomination day and we found that the omnipresence of authorities, like the police, Ministry of Health and National Security Council (MKN) on the field had an impact on SOP compliance.

“Members of the public automatically become afraid of violating the SOP because they fear being summoned and we should step up the use of this method until polling day,” he told Bernama when met at Dataran 1Malaysia here today.

Zainal Ariffin said enforcement officers on the ground should also take stern action by shutting down any premises found flouting the SOP during the Melaka state election period, apart from issuing summon notices without compromise as an early precautionary step towards curbing the spread of COVID-19.

He also urged political party leaders involved in the state election to be good role models to their supporters or grassroots members by complying with the stipulated SOP.

“There are two factors we need to see in carrying out the state election, namely the stable democratic practices and proper healthcare through strict SOP compliance. We hope that in carrying out our democratic duty of electing a leader, we also emphasise the public health aspect.

“The Melaka state election is being seen as the testing field ahead of the Sarawak state election and 15th General Election in the near future and we do not want what happened in Sabah to recur,” he said.

Meanwhile, Zainal Ariffin encouraged the public, especially staff involved in the Melaka election, to always take care of their health and to conduct self-screening if they have any symptoms, apart from undergoing self-quarantine.

The Election Commission has set Nov 20 as polling day for the Melaka state election, with early voting on Nov 16 following the dissolution of the state assembly on Oct 4 after four state assemblymen withdrew support for the Chief Minister.