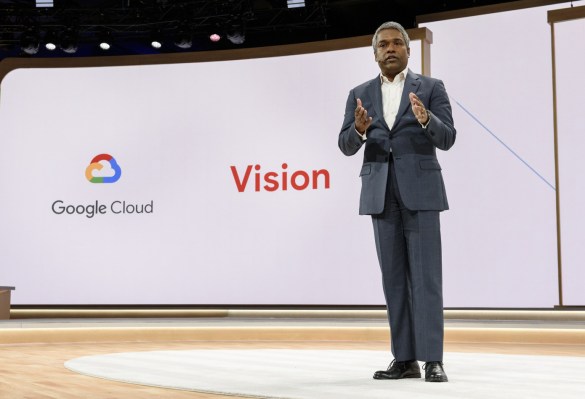 Google Cloud announced a multiyear partnership with Cohere, an early-stage startup that is building a natural language processing platform to make it easier for developers to build natural language processing models into applications. The solution requires a fair amount of infrastructure resources to pull off, and Google Cloud Platform (GCP) is going to provide them under the terms of this deal.

The two companies are also planning a go-to-market effort together, giving Cohere a big lift as a startup to help jumpstart usage and sales with the power of the GCP sales team.

“First of all, this is a perfect example of a technology that we built at Google for our own use, these high-scale TPUs. We’re now making them available in the cloud to other platform companies,” Kurian told me. “But here is an example [with Cohere] where they find that the ability to use and build models and train them on TPUs provides them very differentiated capability.”

Aidan Gomez, co-founder and CEO at Cohere, who previously worked at Google Brain, said his company is trying to build an NLP solution that makes all of this advanced technology available to any developer. “We scrape the data to train these big models, we train them on massive TPU pods, and we optimize them because they’re extremely large, and want them to fit the latency tolerances of pretty much any production system,” Gomez explained.

He said that by optimizing the workloads, Cohere can open up access to all of this advanced technology, enabling developers to access the models and start building NLP-based solutions based on the models that Cohere is providing. Kurian said that he is starting to see this shift from the text-based UI to one that’s more driven by natural language interactions, and Cohere is a good example of how to make this happen.

“If you look at the state of the art, the way that the vast majority of people use computers is through graphical user interfaces or screens. I don’t think that people want to experience computers through just one sense, which is the sense of sight,” Kurian said. “They want to interact with computers in more ways and they want to interact in more natural ways. So language is the next big phase of evolution of the way that people interact with systems.”

It’s not every day that you see the CEO of one of the big three cloud platforms get on a call to discuss a partnership with a startup, but Kurian believes this is a particularly compelling and creative example of TPU usage. “If you actually use the Cohere technology, you will find that it works very elegantly because of the combination of the software that Aidan’s team has built and the computational infrastructure that TPUs provide.”

Cohere was founded in 2019 by Gomez, Nick Frosst and Ivan Zhang in Toronto. The company has raised $40 million from Index Ventures, Radical Ventures, Section 32, and a who’s who of industry AI angels including Geoffrey Hinton and Fei-Fei Li, among others.