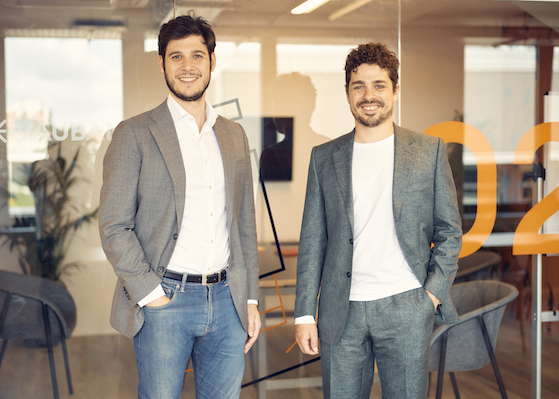 It’s always been a slight puzzle why AngelList never really properly took off in Europe, especially when, a few years ago, there was such a dearth of funding options for poorly served European startups. But the reasons are fairly simple when you look at them. For starters, the US tech industry boomed in the last ten years. Why bother spreading your resources, when your home market is taking off, right? Secondly, the sheer complexity of building such a platform across Europe’s myriad regulatory borders would tend to dissuade even the boldest of actors. So this is why the market for such a fund-raising platform has been more or less wide open for such a long time. Until now.

Vauban is a new startup based out of London which provides venture capital fund managers with tools to raise a fund and invest capital. It’s now closed a Post-Seed / Pre-Series A funding round of £4.7m or $6.3m.

Vauban says it will now deepen its tech and regulatory infrastructure, and launch a new office in Luxembourg to strengthen its European / EU offering, alongside its headquarters in London. Thus it will be able to span the entire European ecosystem.

The investment round was co-led by Pentech and Outward, in addition to 7percent Ventures and MJ Hudson. A roster of angel investors have also participated including CEO of Nested Matt Robinson;  the founder of Grabayo, Will Neale; the founder and CEO of ComplyAdvantage, Charles Delingpole; Partner at Augmentum Fintech Perry Blacher; and Al Giles, from legal services provider Axiom.

Vauban says it is onboarding “at least one new client every day” and current VC users include Anthemis, Passion Capital and Octopus Ventures. In total, it says over 5,000 LPs are using its platform.

Founder and Co-CEO Rémy Astié said: “Our goal is to reduce the friction between those who have the capital, and those who need it to solve humanity’s biggest problems. So, we decided to start by rebuilding the infrastructure on digital rails, because it’s mission-critical in order to provide a great UX to everyone in the industry: GPs, LPs and Founders.”

Vauban has appeared at a time when there is huge investment activity in European tech. Some €41.8bn was raised across Europe in the first half of 2021, up from €32.6bn in 2020.

With VC firms now managing several funds and now often using Special Purpose Vehicles (SPVs) to participate in specific deals, make secondary investments, or set up ‘sidecar’ funds alongside EIS vehicles or their main institutional funds, the whole process is becoming more complex, hence the increasing ‘platformization’ of the space. Doing all this on spreadsheets or, similarly simple tools, will no longer cut it.

Furthermore, European angel investors are more and more professionalizing and syndicating deals to boost dealmaking and dealflow, hence why a dedicated platform is likely to be welcome.

Ulric Musset, Founder and Co-CEO says, “One of the biggest catalysts for new startup creation was the launch of Amazon Web Services in the early 2000s. We believe Vauban will have the same impact that AWS has had on the startup ecosystem.”

Andi Kazeroonian, Investor at Outward VC, commented: “Despite the meteoric growth in alternative investments in recent years, the infrastructure the industry relies on has failed to evolve. Simply creating and administering an investment vehicle remains synonymous with lengthy, cumbersome and expensive processes fragmented across multiple service providers. Vauban’s integrated platform has turned this on its head with a relentless focus on product and user experience, which has unsurprisingly led to exceptional organic growth and its emergence as the standout category leader in Europe.”

Craig Anderson, Partner at Pentech added: “We like to invest in category-leading companies with big ambitions for growth. We believe Vauban is building a modern infrastructure for the alternate asset market which enables users to set up, deploy and manage their funds and SPVs in just a few hours.”

Founder and Co-CEO Rémy Astié told me over a call: “We are different to AngelList in that we are very international and global by design. The idea is to create a global platform, which means that you can raise from LPS anywhere in the world, to invest in a company that’s anywhere in the world. And yeah, we think that’s our core strength, that we build everything with international LPs in mind, so you can raise in multiple currencies.”