Looking ahead to 2022 – Venture Capital 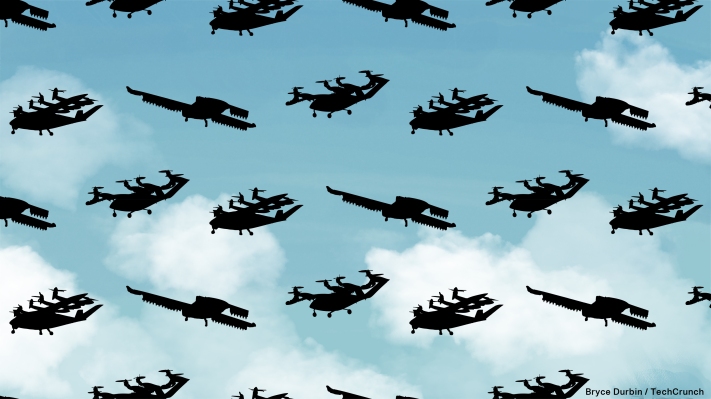 This year was a watershed for the electric vertical take-off and landing (eVTOL) industry, marked by billion-dollar exits, huge venture deals and more partnerships. But in many ways, the past year should be thought of as the setting of a chess board before a match: the pieces are in place. Now it is time to play.

That means that 2022 will be a make it or break it year, at least for those developers who have publicly stated ambitions of hitting commercial operations by 2024. What will next year hold in store, not just for them, but for the sector more broadly? Below are some top predictions and trends to look out for in the coming year.

Overall, the sentiment from experts, analysts and VCs we spoke to seemed to be that 2022 will be critical for separating the wheat from the chaff — specifically when it comes to certification of the aircraft with the Federal Aviation Administration, a prerequisite for any company that hopes to get their aircraft off the ground.

“The main story of 2022, it’s definitely going to be certification,” Sergio Cecutta, founder and partner at SMG Consulting, said. “It’s the year of put up or shut up.”

Due to certification timelines, Cecutta said that companies that want to enter service in 2024 need to start flying with the FAA for certification credit by the end of next year in order to hit that target.

David Wyatt, a technology analyst at IDTechEx, agreed. “What I want to see in 2022 is more aircraft in the air,” he said. “To have something that’s certifiable by [2024], they have to start getting substantial aircraft in the air and really demonstrating the capabilities of those aircraft.”

“They’re not going to be complete, finished products, but at least a real ramp up in prototyping is what you’d be wanting to see from these companies who have raised the money,” he added. “They need to start demonstrating to investors that they’re capable of building these aircraft and getting them through flight certification.”

While many of the biggest players in eVTOL are startups (or startups-turned-public companies, thanks to SPAC deals), they aren’t the only ones looking to take advantage of the potentially huge market for air taxis, drone deliveries or other applications of electric aviation.

Hyundai and Honda have not been shy about their eVTOL ambitions, with Hyundai unveiling a concept eVTOL at CES in 2020. At the end of 2021, it announced it had spun out its urban air mobility division into a separate business arm, dubbed Supernal, with the aim of bringing an aircraft to market in 2028.

Other automakers, principally Toyota and Stellantis, have already started joining in — in the form of major investments in Joby and a manufacturing deal with Archer, respectively. But we could see other automakers announcing their own eVTOL projects next year, Cyrus Sigari, co-founder and managing partner of UP Partners, said.

“I wouldn’t be surprised if we saw a meaningful move from Ford or GM in 2022,” he said.

As we detailed in part one of our eVTOL retrospective, 2021 was undoubtedly the year of the SPACs. There was a notable uptake of this financial vehicle, not just in eVTOL but across the electric mobility space. It’s unclear whether this trend will continue into 2022, but the high capital demands of aviation could mean more startups are still looking for a huge injection of cash via the public markets.

“I believe that that’s their only path forward, unless they could just continue to do venture rounds and raise more capital that way, which is always a possibility,” she said.

Sigari suggested there’s room for “two more” SPACs next year. “I’d be very surprised if the number is greater than five and I’m pretty sure it’s not going to be zero. This is assuming we don’t have a global financial crisis.”

There could be a slight tempering of the public market’s appetite for aviation technology. At the end of November, air taxi developer Volocopter cancelled its SPAC plans due to an “extremely unfavorable” environment for SPACs, a German publication reported.

“There’s always potential out there for more SPAC deals, but whether the Volocopter [deal] falling through is a sign of a general cooling of interest towards those kinds of deals, I guess we’ll have to see,” Wyatt said.

One thing that most experts we spoke to didn’t mention (or didn’t seem overly concerned with) is consolidation, which has hit other hot tech industries like autonomous vehicles. “With time it’s just inevitable that there will be consolidation and there will be companies that might not make it,” Cecutta said.

That omission suggests, at least to us, that perhaps the industry has not yet reached the apex of the hype cycle for emerging technologies — which suggests that despite the crazy cash flow and growing fanfare, there may still be a rocky road ahead.