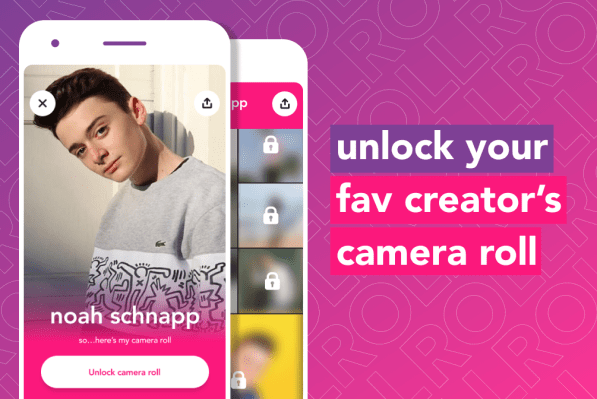 Today marks the launch of the Roll app, which aims to create an easy way for creators to make an extra buck while portraying a potentially more authentic version of themselves to their fans. Already, some creators will charge for access to their Instagram close friends story, a private Snapchat account, or a secret Discord server, where they post content that’s still on-brand and safe-for-work, but maybe not as polished and professional as what they post “on main.” Roll takes this creator tactic and streamlines it — instead of subscribing to a creator’s Patreon to get access to their secret Instagram, this entire transaction can be facilitated on Roll, which is available for iOS and Android.

“Our punch line is essentially that we give fans access to their favorite creators’ camera rolls,” said founder and CEO Erik Zamudio. “The way that it works is fans subscribe to see content from creators that they’re not going to be able to see anywhere else. I think it lets creators be the most authentic and real versions of themselves.”

To be clear, Roll isn’t sharing access to these creators’ literal camera roll — that would be a disaster waiting to happen. But the idea is that Roll gives creators a chance to make money while connecting with their fans in a more casual way. Even when posting on social media is your job, it’s not as though you upload everything in your camera roll — you might take a photo of the perfect (or not-so-perfect) omelet you made, a bad selfie, a screenshot of a meme you like, or something weird you saw on a walk. Those images may not make sense on your carefully-planned Instagram grid, but they could work on a platform like Roll. Plus, like a real camera roll, there’s no liking or commenting on Roll posts.

Creators keep 80% of their earnings on Roll, where they can charge monthly subscriptions between $5 and $50. Zamudio says that most creators so far have chosen the $5 mark, but people making more specialized content might veer toward the higher end of the range — for example, a TikTok chef would charge more for videos with exclusive recipes than if they posted a few behind the scenes photos per month. Unlike a competitor like OnlyFans, Roll doesn’t allow adult content. 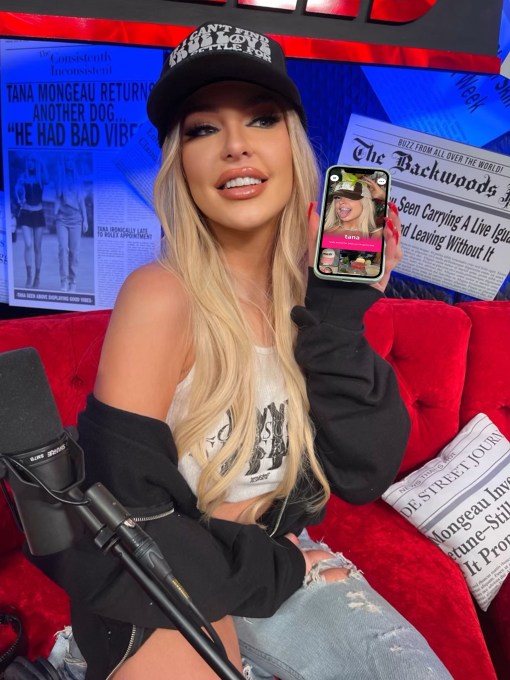 Tana Mongeau with her Roll account open on her phone

Of course, this isn’t Dobrik’s first time being involved with a photo-based social startup. He co-founded David’s Disposable, the app that became Dispo. Zamudio and three others on Roll’s staff also helped build David’s Disposable, but Zamudio left in mid-2020, shortly before the app rebranded to Dispo. He declined to say why he and his colleagues left.

The much-hyped Dispo app launched in March 2021, but just one week later, Insider reported on sexual assault allegations regarding a member of Vlog Squad, Dobrik’s YouTube prank ensemble. The alleged assault occurred while filming a video for Dobrik’s channel about group sex. Seth Francois, a former Vlog Squad member who is Black, posted a YouTube video outlining the racism he experienced in David’s videos — he also said he experienced sexual assault on Dobrik’s set. Shortly after the Insider article was published, Dobrik stepped down from the board of Dispo.

Amid these many controversies, early investors in Dispo like Spark Capital, Seven Seven Six and Unshackled committed to donating any potential profits from their investment in the app to organizations working with survivors of sexual assault. But even though Dobrik lost a variety of brand deals, his YouTube subscriber count only dropped from 18.8 million to 18.3 million, and he still posts three videos per week, which rake in around 6 to 10 million views each. And now, Dobrik’s dabbling in consumer tech again. But while Dobrik was a co-founder of Dispo, Zambudio says that the controversial YouTuber is just a creator who uses the Roll app (and also appears in their promotional content).

“[David] was not the first large creator that committed to Roll,” Zambudio told TechCrunch. “That’s definitely something that I don’t want to get misconstrued, is that this isn’t like… ‘David left Dispo and now David’s doing his own other thing,’ because it’s definitely not like that. David’s not one of the founding team members.”

He later elaborated via email: “At the end of the day, David is a creative and smart individual and we’re happy to have him involved alongside our other amazing creators. We really look at all of our roster on an equal playing field and value all of their input. I’m sure ties will be made to Dispo since David has had involvement in both, but as we discussed, David is a creator (not founder or team member) on Roll.”

Dispo and Roll have a similar DNA in that they both encourage more authentic posting — on Dispo, you can only see the photos you take the following morning, mimicking the nature of a disposable camera. But while Dispo is a social network, Roll is a creator monetization platform.

“After David’s Disposable blew up the way that it did, it pushed us way further into that creator economy world,” Zamudio told TechCrunch. “And as we got kind of closer to a lot of creators and just started hearing about the type of stuff they were going through, we kept hearing this one kind of problem keep coming up, and basically it was that they wanted to be able to get into the paywall space.”

So far, Roll has raised a $500,000 angel investor round, led by Dan Beldy of Airwing Ventures.