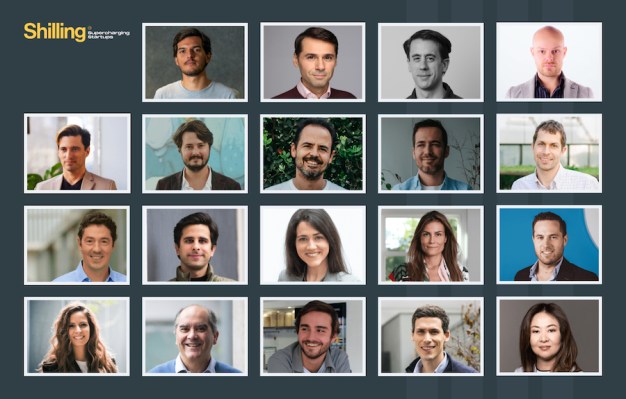 Further evidence of the booming Portuguese tech ecosystem is emerging today with the news that venture capital firm Shilling is topping up its “Founders Fund” to €52 million ($59 million), with €22 million ($23 million) more than the primary announcement last April.

Significantly for Europe, where often VC funds are backed by the sometimes constraining European Investment Fund, this fund is solely backed by private capital. This makes one of the largest private early-stage VC funds in Portugal, if not potentially the largest (we’ll check later).

Backed by investors including Atomico, this fund closing is evidence of the continued strong interest by national and international investors in the Portuguese ecosystem.

Launched in April 2021, the Shilling Founders Fund has two distinct features: it is backed by more than 40 founder LPs, successful Portugal-based entrepreneurs; and, it joins those entrepreneurs in the profit-sharing model, by sharing fund returns with all of its portfolio founders. It also allows them to “pay-it-forward” with both support and advice to portfolio companies.

“More capital means more and larger tickets and more capacity to follow-on on the best companies, that will help us be more competitive nationally and internationally, and continue attracting deals to Portugal using the Shilling Platform”, Pedro Santos Vieira, managing partner at Shilling, said in a statement.

Ricardo Jacinto, managing partner at Shilling, said: “From the beginning we have invested in key areas like: digital health, fintech, mobility, future of work and blockchain. Having national and international investors interested in committing more capital to our Founders Fund validates our thesis on how we can impact the ecosystem, from founders to founders.”

“Luca’s investment, announced this week, was our largest ticket and an example of a company that moved its headquarters in Portugal due to our investment. This is a key part of our value proposition and a clear differentiating factor,” he added.

Since 2011, Shilling has made 20 investments from its first vehicle, including: Unbabel, Uniplaces, Best Tables (acq. by The Fork) and Switch. Most recent capital deployments from the Shilling Founders Fund include: Circular, Rows, Payze, Vitaance, Techstars alumni Cargo Five, Detech.ai and Relive.