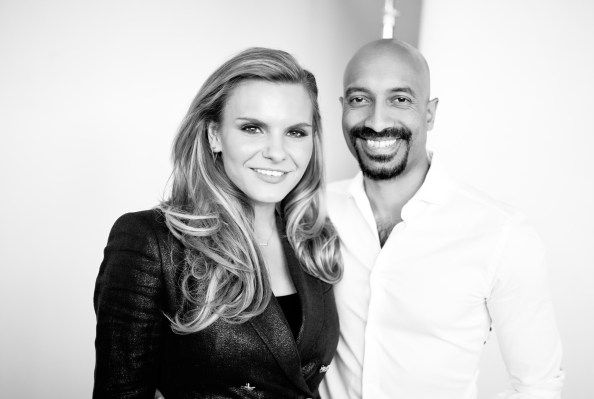 The move comes seven years after D’Souza and Michele Romanow first launched the capital lender that aimed to disrupt VC with non-dilutive capital. Clearco is now valued at $2 billion.

Despite the connotation of executive chairman, D’Souza maintains that he will continue to work full-time at Clearco and doesn’t have any plans to strike out on his own. A majority of his role now consists of working on acquisitions and strategic partnerships, executive recruitment and investor communications.

“I’m in this as long as everybody still wants me around,” D’Souza said. “Sometimes when founders move into exec chair roles, it’s like sunsetting, and sort of exiting the business,” D’Souza later added. “I actually expect to be even more full time and even more engaged.”

The executive shakeup comes nearly a year after the company rebranded from Clearbanc to Clearco, and brought on Oak HC/FT and SoftBank Vision Fund as late-stage investors. Then, D’Souza said that “we’re moving from just being a capital provider and [having] sort of a transactional relationship with our customers to really using data, our network, guidance [and] capital to be a long-term partner.” Last year, the business expanded into ten countries and deployed $3 billion in capital to founders.

Shifting roles means another wave of change is about to hit the company, both personally and professionally. Before launching a fintech company, D’Souza and Romanow were in a romantic relationship together – a reality that gained them attention, but also caused some early investor apprehension, assumedly over concerns that a potential break up would impact the stability of the business.

Over the pandemic, the two co-founders came to the conclusion that they wanted different things out of life long term, but wanted to find a “productive way” to translate that into the business.

“We’re no longer dating, we’re no longer in a personal relationship anymore, but we still very much care about each other,” D’Souza said. “So we’re not in the same location 24/7 anymore, which is the other part of the reason why […] we sort of realized we need one decision maker to really run the company day to day.”

“We have a $2 billion dollar baby,” Romanow added. “It was very easy when we were always in the same room – someone would call one of us and get both of us.”

The co-founders said they are not against hiring another executive in the future. “Certainly, you know, having someone around the table who has seen a much, much bigger scale would be a huge asset, and so I’m spending my time having the conversations,” D’Souza said.

On the strategic side, D’Souza’s departure from chief executive role comes as Clearco begins to focus more on delivering financial results.

“For a company of our level of maturity, candidly we built this company in a time where capital was cheap and it was growth at all costs,” D’Souza said. “And now we’re moving into a time where you balance capital efficiency and growth – we have to start putting out forecasts and hitting those forecasts.”

He added: “Those things come much more naturally to Michele and less naturally to me, and that was just going to be the job of a CEO as the company got more and more mature.”

“This is a way better way for a company to operate, you want a single decision maker so you don’t have to go to two people to get an answer, you want somebody who is long term focused out in the market, creating partnerships and talking to investors and doing that long term stuff. And we’ve been neglecting [that] because both of us had to make decisions,” D’Souza said.

Clearco’s intense launch spree over the past two years underscores some of the ‘growth at all costs’ mindset that has dominated startup sentiment amid the pandemic – but is now set to change. In April 2020, Clearco launched ClearRunway to help SaaS founders secure non-dilutive capital repaid through revenue-share agreements. A few months later, in July, it launched a way for founders to figure out how to value their companies based on benchmarking data and internal metrics. In October, Clearco launched a tool that would purchase a company’s inventory upfront directly from suppliers, and is then paid back as products are sold. And in February, the company announced that it had created ClearAngel, a product similar to its 20-minute term sheet, but focused on founders who bring in less revenue.

Romanow said that the company is working on more products this year, one of which is a buy-sell platform for e-commerce companies. Already in use, Clearco’s acquisition marketplace – built atop its years-long network of early-stage founders – has already led to 11 deals so far.