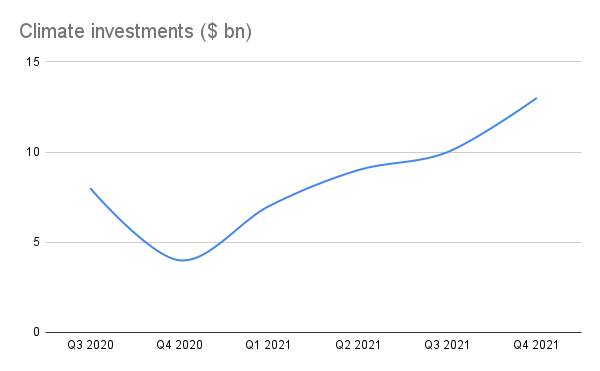 2021 was a hell of a year for startups operating in the climate space. Globally, around 1,400 investors are looking at the next generation of companies that are tackling climate change. They deployed more than $40 billion across more than 600 deals — that’s more than twice as much capital deployed than the year before. Mobility and energy startups are consistently raising the most capital, with great food & water tech in a distant third place, according to a new report from Climate Tech VC.

I recently spoke with 14 investors focusing on the climate sector to get the scoop on what they are observing in their portfolios and across the industry. They welcome the additional influx of capital, and suggest that this is a right-sizing of this market segment, rather than a bubble:

“As we invest in the climate and circular economy space, we continue to prove our theses and are thrilled to see new investors joining the space,” Georgia Sherwin, senior director of Strategic Initiatives & Partnerships at Closed Loop Partners told me in an opinion that is largely shared across the industry. “We have always considered catalyzing more investment in the circular economy and climate tech generally, and we welcome new investors who joined the space this year.”

One reason for the growth is that upstream capital is becoming more conscious of where they deploy their investment dollars. Limited partners (i.e. the folks who invest in venture capital funds) are becoming more aware of their Environmental, Social and Governance (ESG) impact, and are tipping the scales in the planet’s favor in the process. In the first half of the year, there were some truly enormous rounds across mobility, with large rounds of investments going to Rivian and Northvolt, and at the tail-end of last year the energy slice of the pie got a huge boost with multibillion-dollar investments into fusion energy companies like Helion and Commonwealth. We’ll likely see a ton more activity in the fusion space this year as well. 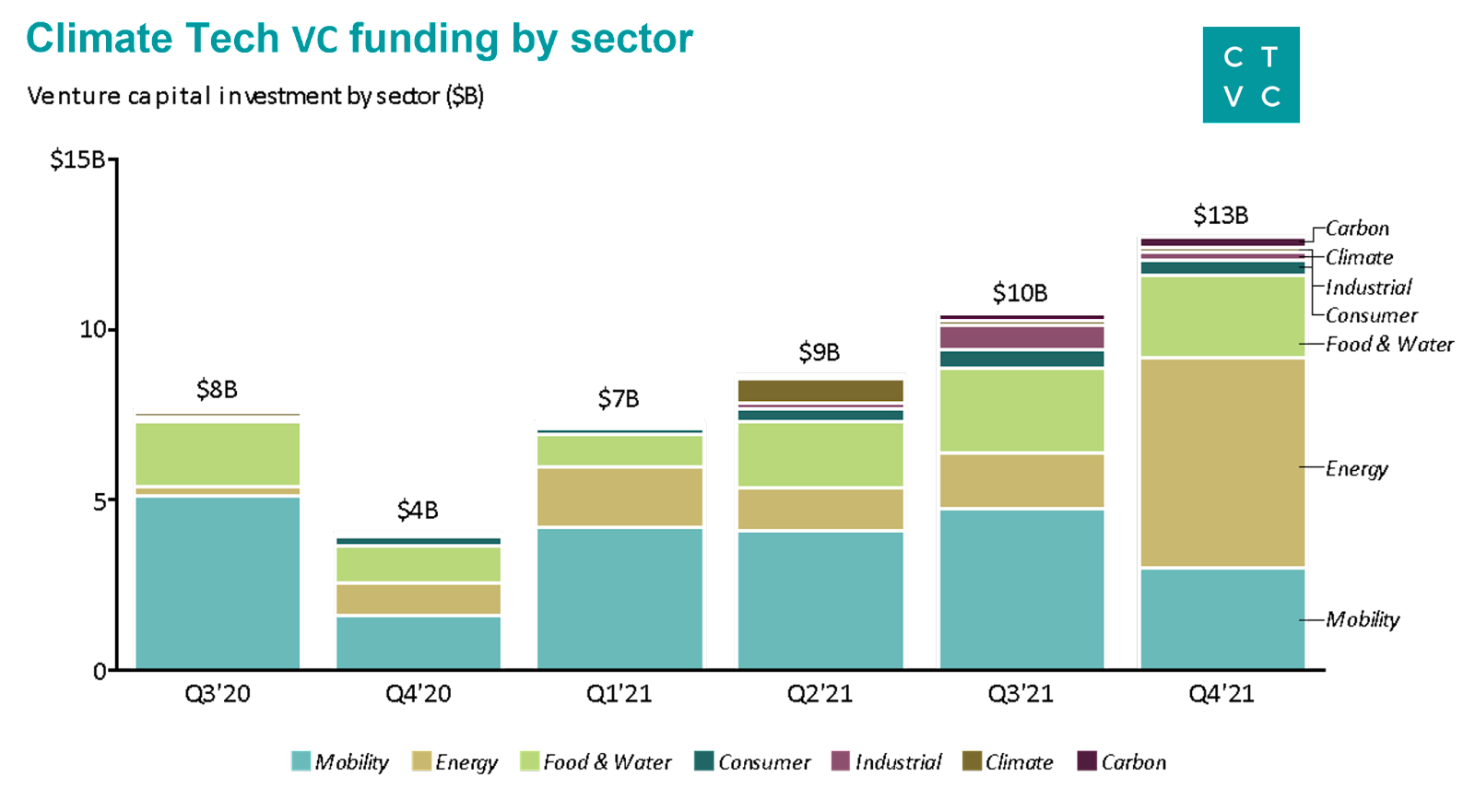 Climate tech investment was $40bn last year — more than twice as much as the year before. Graphic: Climate Tech VC

In particular, early-stage deals skyrocketed over the past year, with more than 60% of all deal activity. Seed-stage deals represented less than 2% of cash deployed, but around 30% of the number of deals. This means a couple of things; in 2022 there’s going to be a lot of companies raising a tremendous amount of later-stage capital. Per definition, these will be lower-risk deals for the investors, attracting larger dollar amounts, and further whetting the appetite for these types of companies. Best of all, for those of us who are cheering on hopes for continued existence on this pale blue dot of ours, that means the amount of attention going to climate change solutions is about to get a sharp increase as well.

It’s going to be exciting to see how climate tech evolves this year; even in the first few weeks of the year, we have seen investors come hard out of the gate with a flurry of new funds raised, some huge investments deployed and a horde of smaller companies attacking the climate challenge we’re collectively facing from all angles.