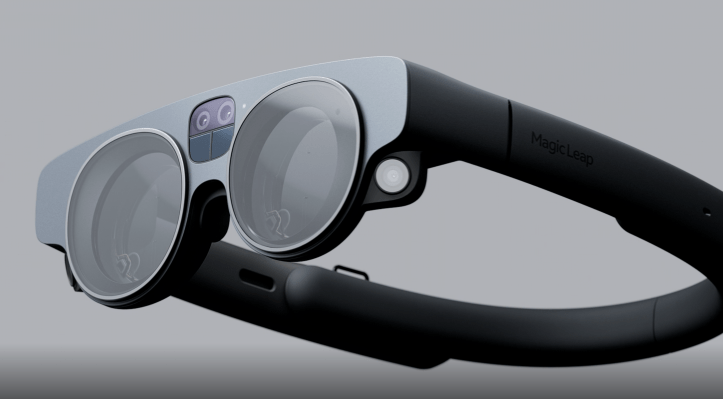 Hello readers, and welcome back to Week in Review!

Last week, I talked about the future of this newsletter and what’s coming next. The short of which is that in the coming weeks I will be winding down my time authoring the Week in Review newsletter as I start sending out a brand new newsletter for TechCrunch called Chain Reaction focused exclusively on crypto, web3 and the metaverse — with all of its ridiculousness and intrigue.

The extra-thrilling element is that this weekly newsletter will have a weekly podcast attached to it, which I will share some more details on soon.

I currently send out Week in Review to a couple hundred thousand subscribers (and you’ll all continue to receive it as I pass the baton to my colleague Greg Kumparak who will take it over.) That said, Chain Reaction is starting from square one so it would mean a lot if you pre-subscribed to the newsletter so that it lands in your inbox on day one. You can do so on the TechCrunch newsletter page. Please!

Now that my groveling is out of the way, you still have me for a few more weeks so let’s get to the meat of this week’s update. Remember Magic Leap? I tried out their unreleased new headset and chatted with the company’s CEO about the startup’s wild ride thus far. So, let’s talk about it. 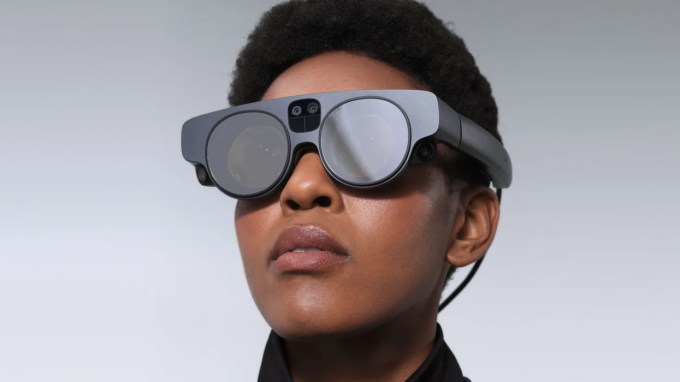 This week, I spent an hour or so playing around with the unreleased next-generation Magic Leap headset, all while discussing the augmented reality company’s wild ride with Magic Leap CEO Peggy Johnson and other members of their executive team. Ultimately, Magic Leap is on the road to delivering a very fascinating device, but in spite of that, the broader industry has publicly stagnated so much in the nearly five years since the company revealed its first device that the augmented reality opportunity has still never felt more distant.

Few startups have been publicly subjected to corporate humiliation quite as drastically as augmented reality goggles maker Magic Leap has been in recent years. It’s a saga that has slowed the progress of an industry — hyped as the inevitable successor to mobile phones — to a crawl.

The Florida startup infamously raised billions in venture capital funding on the promise of bringing a new technological future to consumers, much more impactful than the launch of the iPhone. When it finally launched its first product after years of delays, secrecy and hype, tech watchers balked at a device which failed to deliver on many of the claims made by the startup’s eccentric founder Rony Abovitz and instead made largely incremental gains over the competing Microsoft HoloLens which was unveiled years earlier. Oculus founder Palmer Luckey called the device a “tragic heap” and sales of the device flopped —  The Information reported that the company sold just 6,000 of the devices in the six months following its long-awaited launch.

“[Magic Leap’s previous marketing strategies] were incredible for driving a lot of attention to the company and the field itself, not so great at setting realistic expectations,” Magic Leap CMO Daniel Diez told us.

A ridicule-laden launch was followed by near catastrophic financial ruin for the fast-spending company which was forced to lay off half of the company’s employees in April 2020 and was left begging for bridge funding which it raised at a reportedly massive discount to stave off a shutdown. Following the move, Abovitz stepped down from his role and former Microsoft exec Peggy Johnson was brought in to turn the company around and abandon its near-term consumer ambitions in favor of a less sexy enterprise rollout.

“When I came in, I had to reset what our focus was and rebuild credibility,” Johnson told me.

After 18 months on the job in the midst of a seemingly endless global pandemic, Johnson brought me in to show off what the company has been working on: its new headset, the Magic Leap 2.

I spent around 20 minutes with the new headset which consists of substantially lighter face-worn glasses (248 grams versus ML1’s 316 grams), a remote control input device (with a new optical tracking system) and a fairly heavy belt-worn compute pack that houses the device’s brains. The headlining feature of the device is its expanded field-of-view which now nearly doubles the visual area inside the glasses where digital content can be displayed. It’s an impressive feat and makes the headset a clear improvement over its predecessor.

The device is still in development and it’s clear that they were trying out some new software features which will hopefully be more fine-tuned when the device ships sometime this summer. Overall, I was impressed with what honestly feels like the best augmented reality device soon to be on the market. But while it makes some big gains over competing devices like the HoloLens 2, it’s also still clear that even if this had been their first iteration, it still would not have lived up to the expectations that Magic Leap’s executives had set for the initial device and product category.

I’ve spent an awfully long time covering the AR/VR market and have written a dozen stories on Magic Leap specifically over the years with probably a thousand others on the broader AR/VR industry. What’s clear to me is that the AR industry has now been at a standstill in public for years. Mobile AR development on smartphones was more or less a complete failure and took down dozens of startups. The future of enterprise use doesn’t feel particularly bright to me either because there are so few hardware players powering so few headsets that there isn’t much of a software development scene anymore compared to even 2018 or 2019.

“In the space we’re going after… it’s really just us and Microsoft,” Johnson concedes.

As Microsoft seems to run into hiccups with its multi-billion dollar military contract and reports say is perhaps even losing interest in launching a new version of HoloLens, it’s clear that Magic Leap is in a lonely position. On the consumer side, there’s more to feel optimistic about as both Facebook and Apple reportedly set their sights on a consumer release of a mixed reality device. But as Apple inches nearer the rumored release of a consumer headset, Magic Leap CTO Julie Larson-Green seems skeptical of what they could possibly release.

“We’ll see what they do,” Larson-Green tells me. “I still don’t understand what the consumer scenarios are that get you outside of gaming which is a small and contained niche… What are those scenarios? Certainly for me, it’s not notification glasses, I don’t need more things distracting me. But, I’m excited to see what Apple thinks it is.” 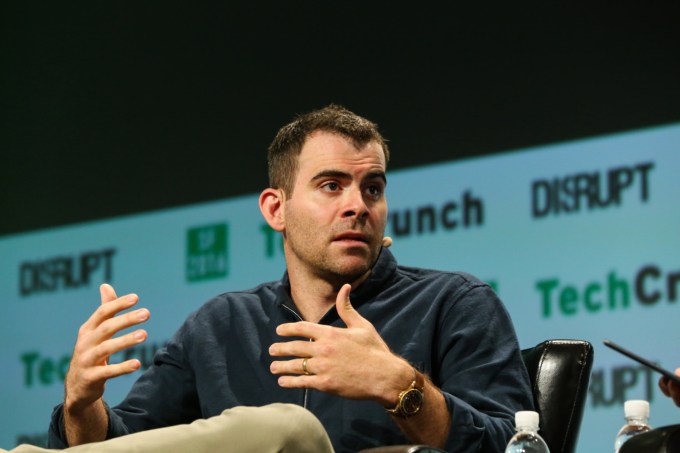 Russia says it will block Instagram
This was a busy week when it came to companies leveraging a wave of private market sanctions against Russia. While plenty of big tech platforms have aimed to roll back the presence of Russian state media on their platforms, Russia has taken particular aim at Meta shuttering Facebook and announcing this week that they intend to shut down Instagram access in the country as well.

Biden issues crypto executive order
Biden’s long-awaited executive order on cryptocurrencies went live this week and the crypto industry breathed a sigh of relief. The EO largely pushed government agencies to start researching the implications of crypto and how the government should balance protecting investors with ensuring that the United States remains a hub for crypto innovation.

Everything Apple announced this week
Apple unveiled a few products this week, including a very, very fast new desktop Mac and an upgraded iPhone SE. Beyond that, Apple snuck in plenty of more low-key announcements into their “Peek Performance” event. 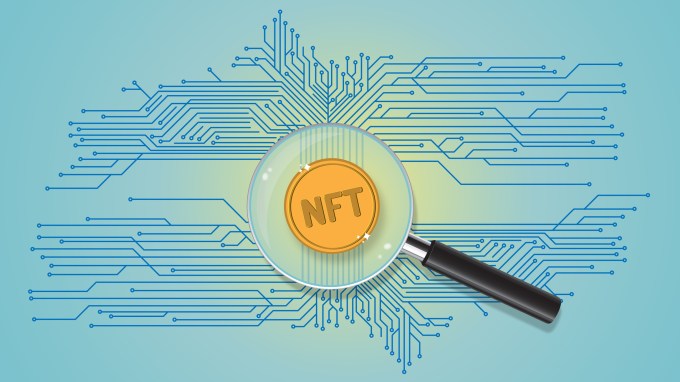 Are we entering an NFT downturn?
“The health of the NFT market is itself a fascinating data project. The historical volatility of the price of crypto tokens and other blockchain-based assets is high, which means that you might be fooled into calling a trend early, only for the markets to reverse and make you look silly. In the crypto world, it’s good sense to never say never. And yet, we’re content to highlight a number of data points that indicate that the NFT market is slowing along a number of axes, indicating, at a minimum, that growth in the hot sector has come to a halt…”

How to calculate your startup’s TAM
“…When you present your market size data to investors, they’ll look for TAM, SAM and SOM information. These data points pack a mystique about numbers that can appear colossal and out of reach, but if you approach market sizing methodically, you’ll realize it’s really not that complicated…“

6 technologists detail how no-code is changing software development
“…Mass adoption is still held up, however: many organizations prefer to build from scratch, and complete end-to-end solutions are still nowhere to be found. To get a more in-depth look at the technical aspects of the space, we decided to talk to some of the technologists ushering in the no-code/low-code revolution…”