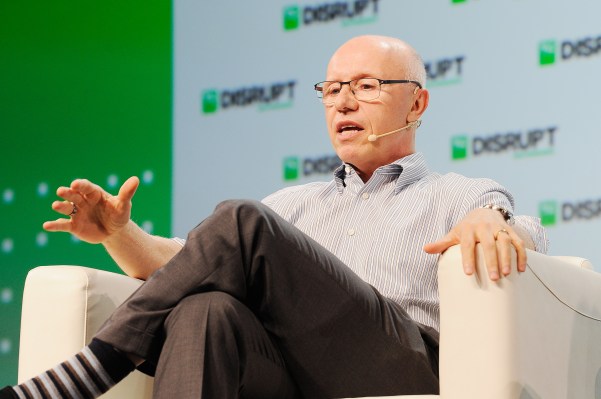 Storied venture capital firm Sequoia Capital announced today that leader Doug Leone would be stepping aside from his role as “Senior Steward” to be replaced by Roelof Botha, managing partner of Sequoia’s U.S. and Europe operations.

Leone, the global managing partner of Sequoia Capital, wrote in a letter published on Twitter that he will remain a general partner in existing funds and will represent Sequoia on boards of directors.

“The spirit of growth and renewal drives our culture of generational transfer,” Leone wrote. “We are proud to be the only venture capital partnership to have successfully navigated multiple leadership transitions over five decades.” Leone and another famed Sequoia investor, Michael Moritz, were previously handed the reins from firm founder Don Valentine in the mid 1990s. Moritz stepped away from the role in 2012, citing an illness at the time, though he has remained active with the firm and sits on various boards, including that of the Stockholm-based buy now, pay later giant Klarna, the Turkish grocery delivery company Getir and U.S. payments behemoth Stripe.

For Botha, the new gig — which is in effect starting July 5, 2022 — is part of a years-long transition and was very much expected. In 2017, he was made U.S. head of the firm working under Leone. Botha then also became a “Sequoia Steward,” which he previously described as having “more responsibility for strategy, for team composition, for fundraising — including spending more time with limited partners and helping decide when do we raise, the size of the funds, the composition of our LP base.”

“Senior Steward” is a double click on that role, representing more of a global leadership role than he previously held. Botha has led investments in numerous startups that have gone on to become enormous brands, including YouTube, 23andMe, MongoDB, Natera, Square and Unity.

Certainly, Botha will be facing new opportunities, as well as new challenges, as Sequoia extends its already outsized footprint.

Sequoia has been investing far more actively in Europe in recent years, opening a regional office — in London — for the first time in its history last year. In addition to Klarna and Getir, others of its Europe-based bets include Veed, an online video editing tool and Upway, a Paris-based platform for secondhand purchases like bikes and electronics.

It has been plugging hundreds of millions of dollars into India and Southeast Asia-based startups, as readers of TechCrunch have undoubtedly noticed.

It has also begun investing in countries where it hasn’t appeared in deals before, as evidenced by a recent bet on Telda, a Cairo-based payment and money platform, and Wave, a U.S. and Senegal-based mobile money provider that raised $200 million in Series A funding last fall co-led by Sequoia.

In the meantime, the firm has an enormous financial stake in China, where under the leadership of Sequoia Capital China founder Neil Shen, it runs one of the country’s most powerful venture practices.

Leone was very much involved with Sequoia’s decision not just to head to China 17 years ago, but to stay there. (Other U.S. firms that dipped their toe in the region around the same time left.)

It proved lucrative for the outfit, whose China practice has been enormously successful over the years (and where more than half of Sequoia’s dollars were being invested back in 2018, as Leone told us at Disrupt). At the same time, funding regional startups has been made increasingly complicated by the government’s regulatory crackdown, as well as its ongoing support of and ties to Russia, which will give Botha, who grew up in South Africa, plenty to sort out in his new global role.

In the meantime, we’d expect Leone to stay somewhat active with the firm, even beyond maintaining his board seats. (His predecessor, Don Valentine, famously showed up for Monday partner meetings for a decade after he “stepped down” from his role.)

Certainly, he has seemed to relish advising founders too much to retire from it entirely.

Indeed, when we talked with Leone at that Disrupt show in 2018, we asked him how he would advise founders who, like himself — an Italian immigrant who pulled himself up by his bootstraps — want to succeed in business.

Said Leone: Start a company only if you “have a burning need, if you can’t go to sleep at night because you want to do something, if you happen to have some domain expertise [and] if you happen to be a great customer. So many of our great companies were founded where the founder was the customer. What the founder didn’t know, though, was that he or she was the proxy for the next billion people.”