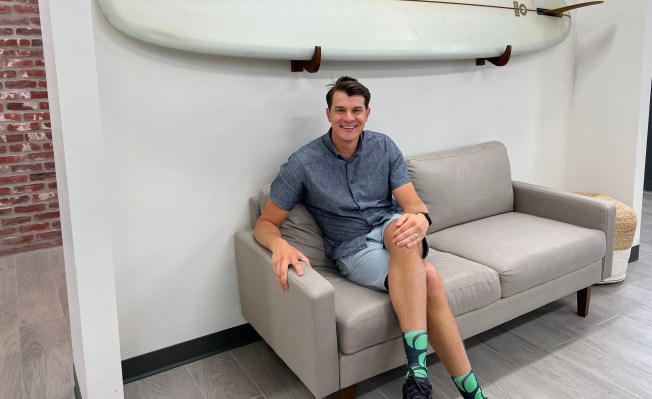 Other backers in the round include Zoom itself, the Slack Fund, Unusual Ventures, and Freestyle VC.

We talked with Grain cofounder and CEO Mike Adams exactly two years ago, during the pandemic’s start, when Grain was earlier on its path to capturing content in video calls that can be shared across platforms, including Twitter, Salesforce, Discord, Notion, Slack and iMessages.

Even then — perhaps especially then — the company’s proposition made sense in a wide number of scenarios. Think of the student wanting to record part of a virtual lecture, or a colleague wanting to flag the most important bits of information conveyed in an online meeting.

At the time, the young company already featured plenty of bells and whistles. Adams told us then that Grain could transcribe content in clips and allow users to turn on closed captions. He said video clips could range from 30 seconds up to 10 minutes and be strung together into reels to create summary highlights. He also told us users could trim or adjust the length of a highlight after it had been recorded, as well as control who else could edit the video afterward to prevent nefarious actors from manipulating the snippets.

Now, Adams says that he and his brother, Jake — a former software engineer at Branch Metrics with whom he co-founded the company — have begun selling many of their customers on Grain’s vision of shared libraries of information, too. “We’re creating a video meeting system of record for content,” says Adams. With Grain, employees can “click and collaborate around insights or topics or relationships or teams.” Like a proper founder, he immodestly calls this “an entirely new asset class.”

The pitch is compelling. Human resource departments can save and file away recruitment videos for future reference, for instance. You can similarly imagine sales leads wanting to capture and categorize interviews with customers so it’s easier for a broader group of participants to understand a bug or pain point in a company’s offerings.

“‘Voice of the customer’ used to be synonymous with a customer survey from SurveyMonkey, but surveys are lifeless,” Adams says. “Libraries of insights that can allow a team to have and share a micro moment — even highlight reels of 10 meetings with customers — is a much more compelling way of sharing the reality of an experience.”

Time, he adds, is a “scarcity, and we are organizing information so our customers can find signal in the chaos and noise.” But Grain is also trying to lock in its customers, of course.

“There’s a lame grab component to this opportunity,” acknowledges Adams.”Once people have a place where their content lives and they’ve set up their integrations with Grain and Slack or Grain and Salesforce and they are building this body of knowledge, it isn’t easy to switch providers.”

At the same time, Grain itself is working to become less dependent on Zoom. While Zoom was the only video conferencing company with which Grain worked the last time we talked with Adams and remains a “really good user acquisition source,” he says, Grain is “agnostic as to which video platform” a company uses, he stresses.

As for customer adoption, Adams says Grain — — which charges $19 per user per month for access to all library video content and the unlimited ability to create new content — now has “thousands of customers,” including the SaaS platform Zapier.

He adds that its tech tends to be embraced by one department within a company, then spread from there. On this front, he points to the Utah-based software company Podium, where he says a product manager was the first to use Grain’s desktop app and where Grain has since sold 100 more “seats” and still sees room to grow. (Podium has roughly 2,000 employees.)

Indeed, Grain, which employs 27 people around the globe and previously raised $4 million from investors, is very much focused on expanding as fast as it can, without getting ahead of itself.

Though Adams doesn’t see Grain operating in a winner-take-all-market, there are a lot of rivals with which it is competing, including Debrief, Descript, and Perfect Recall, to name just a few.

The new funding should help on that front.