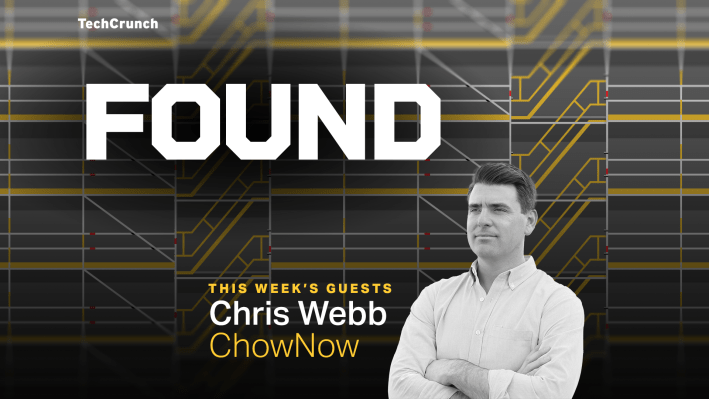 Welcome back to Found, the TechCrunch podcasts that get the stories behind the startups. This week we’re joined by Chris Webb from Chow Now.

ChowNow started as a way for founder and CEO, Chris Webb and his friends to easily order from smaller local restaurants but eight years later when COVID hit ChowNow became known as a restaurant-friendly alternative to some of the larger players in the space. They began ranking in the app store organically and getting a boost in users and customers. Chris talks with Darrell and Jordan about the ”fast and steady” approach to building a lasting company and how to seize a moment when growth occurs. They also get into:

Take our listener survey and let us know a bit about yourself and what you think of FOUND.