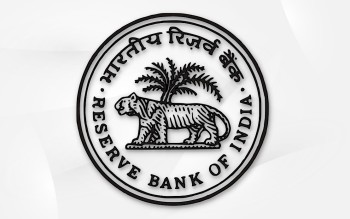 NEW DELHI, May 4 (Bernama) — India’s central bank raised a key interest rate on Wednesday, its first such rate hike in years, in a bid to control inflation in the country.

The Reserve Bank of India (RBI) raised the lending rate, or the repo rate, by 40 basis points (bps) to 4.40 per cent from 4 per cent after an assessment of the economic situation.

The Russia-Ukraine war’s fallout has led to inflationary pressures and the problem is growing globally, RBI governor Shaktikanta Das said in a statement.

“As the war draws on and sanctions and retaliatory actions intensify, shortages, volatility in commodity and financial markets, supply dislocations and, most alarmingly, persistent and spreading inflationary pressures are becoming more acute with every passing day,” Das said.

“Debt distress is rising in the developing world amidst capital outflows and currency depreciation. Recent GDP releases suggest that the global economic recovery is losing pace,” he added.

The RBI also decided to drain liquidity from the banking system by raising the cash reserve ratio (CRR), or the minimum amount of deposits kept as a reserve with the central bank, by 50 bps to 4.5 per cent.

The withdrawal of liquidity through the CRR increase would be about 870 billion rupees (US$11.4 billion), the bank said.

The RBI governor highlighted the impact of external factors such as geopolitical tensions and high energy prices on rising food prices in India.

“Inflation sensitive items relevant to India such as edible oils are facing shortages due to the conflict in Europe and export bans by key producers.

“The jump in fertiliser prices and other input costs has a direct impact on food prices in India,” Das said.

He said the sharp rise in inflation to 7 per cent in March this year was driven in particular by higher food prices.