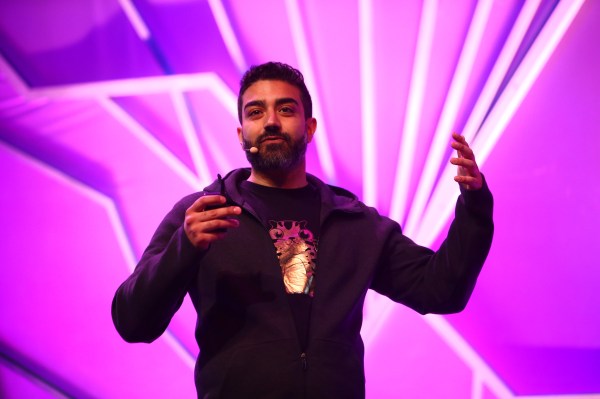 The web3 world is continuing to discover that it’s a lot harder to build a developer ecosystem than it is to build a platform.

The Flow blockchain launched by NBA Top Shot creator Dapper Labs is looking to onboard more crypto developers and it’s built up a dedicated ecosystem fund to coax more builders onboard. The fund, which is backed by Dapper’s venture arm and Dapper investors Andreessen Horowitz, Coatue, Union Square Ventures, Coinfund, Digital Currency Group and Cadenza Ventures, among others, is aiming to incentivize more crypto devs to choose Flow as the blockchain they build their projects on with investments, token grants and development support.

Dapper Labs CEO Roham Gharegozlou says that more 7,500 people are building on the platform. One of the fund’s major challenges will be ensuring that popular projects choose Flow over more popular alternatives like Ethereum which have usability shortcomings but offer projects a vast network of crypto rich NFT buyers.

Dapper has been one of the bigger venture successes in the crypto ecosystem, the startup raised $250 million at a $7.6 billion valuation in September.

But Dapper’s fortunes haven’t played out as loudly as other NFT firms in the year since its NBA Top Shot product caught fire. After an initial flood of interest a little over a year ago brought transaction volumes surging on the platform setting a one-day sales record last February of over $45 million, things have grown quieter on the platform. Last month, the platform did $26 million in sales according to tracker Cryptoslam, still a healthy sum but a far cry from the $3.5 billion that OpenSea pulled in during the same period. Flow has brought a number of other projects to its platform from outside developers and Dapper itself, but even the company’s hyped NFL All Day marketplace has struggled to find the reach of Top Shot — last month, the football NFT project recorded around $7.5 million in sales according to Cryptoslam.

Flow’s success largely relies on more novice consumer attention landing in the crypto collectibles space. The Ethereum NFT ecosystem is flush with cash, but offers a number of usability pitfalls that make onboarding a steep challenge for the lightly technical. Flow’s blockchain is built around tradeoffs that over-index on reducing friction for users. Among Dapper’s challenges is ensuring that other popular NFT platforms don’t better capitalize on consumer interest and build out their own consumer-grade blockchains — Bored Apes maker Yuga Labs recently hinted that it may build out its own blockchain as it expands its metaverse ambitions.

Subscribe to TechCrunch’s crypto newsletter ‘Chain Reaction’ for news, funding updates and hot takes on the wild world of web3 — and take a listen to our companion podcast!