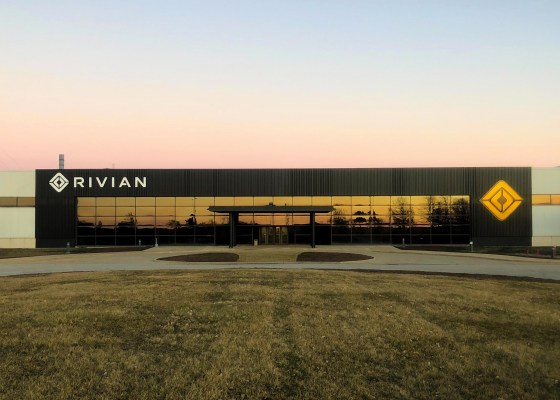 Welcome back to The Station, your weekly guide to everything going on in the world of transportation.

Many readers of this weekly newsletter are likely enjoying a three-day weekend thanks to the Memorial Day holiday. So, this week I will keep it a wee bit shorter.

Before we get started, check out the latest transportation Q&A, this time with Convoy co-founder and CEO Dan Lewis. He predicts digital freight will go mainstream within the year. Why? Lewis said: “The industry is going to contract differently. Brokers are going to think about digital capacity and how they get access to that; they’re going to be comfortable using a platform like Convoy for that.”

As always, you can email me at [email protected] to share thoughts, criticisms, opinions, or tips. You also can send a direct message to @kirstenkorosec or @rebeccabellan.

Maybe scooter ADAS isn’t such a bad idea after all. A new report from the UK Department for Transportation revealed that the number of pedestrians injured after being hit by e-scooters was nearly four times higher in 2021, at 223 people, than in 2020 when 57 people were injured.

Seeing as how it’s still illegal in the UK for people to ride private e-scooters, most of these injuries occurred with vehicles from shared micromobility schemes. The report doesn’t say where these accidents occurred – were scooter riders on the sidewalk, and if so, are there protected bike lanes on the street where the accidents occurred?

PeopleForBikes, in partnership with Wend Collective, released a report celebrating the milestones of certain U.S. cities that have systematically increased bike mobility by following the organization’s grassroots effort strategy.

Here are some of the highlights:
• Austin, Texas: Completed 115 miles of new bike lanes in 24 months and secured another $460M to complete the network by 2025.
• Pittsburgh, Pennsylvania: Completed 50 new network miles and plans to build another 15 miles in 2022.
• Providence, Rhode Island: Constructed 43 miles of new bikeways under Great Streets Initiative, with another 22 miles planned for this year.
• New Orleans, Louisiana: Constructed 27 miles of new “high comfort” bikeways in underserved areas. Offered highest concentration of new protected bike lanes of any other city in the program.
• Denver, Colorado: Constructed 100 miles of new bikeways with another 50 miles of community-based networks scheduled for 2022.

A BCG survey predicts subscription will be the fastest-growing area of micromobility this decade.

Squad Mobility launched pre-orders for its Solar City Car, a two-seater compact city car that charges itself, in part, on solar energy. The car will be available in 2023 from €6,250.

See ya next week!

Perhaps you saw coverage of a leaked internal email, first viewed by Bloomberg, from Rivian founder and CEO RJ Scaringe that detailed changes among some of its higher profile leaders at the company.

I finally got my hands on the complete internal email and there are a few other changes worth noting.

Rivian is dividing its commercial business with one group focused on its B2B vertical and the other on its B2C vertical. Chief Growth Officer Jiten Behl will focus on the B2B business, which includes commercial vans, Rivian’s fleet management software FleetOS, charging, and importantly, its relationship with Amazon. (And that makes sense considering Behl is largely responsible for Rivian’s relationship with Amazon.)

Behl, who will report directly to Scaringe, will also oversee strategy and corporate development, which includes strategic partnerships, business development activities and launching in international markets.

Rivian has launched a job search for a Chief Commercial Officer to lead its B2C business.

Rivian is also changing up its marketing, brands and comms team a bit. The brand team led by Forest Young and the communications team, led by Nick Mulholland, will now report directly to Scaringe.

The marketing team, led by Lindsey Pearl, will be join the communications team.

Then over in manufacturing and operations is the new COO I noted above. Under Klein, will be several executives, including Tim Fallon, who heads up manufacturing operations, Michael Smith, who is VP of quality, and Steve Gawronski, who is VP of supply chain. The manufacturing engineering spot, which Mwangi previously held until resigning, will also move under the COO.

Just a roundup this week, folks!

American Axle & Manufacturing Holdings is exploring a potential sale, Bloomberg reported, citing unnamed people familiar with the matter.  The Detroit-based auto-parts supplier has already hired an adviser to help with the process and a leveraged buyout through a private equity firm is a likely option.

Battery Ventures, the U.S. private equity firm, made a A$657.6 million ($466.76 million) preliminary buyout offer for Australia-based automotive software provider Infomedia, Reuters reported. The A$1.75 in cash per Infomedia share bid is 5 Australian cents more than the rival proposal from a consortium led by U.S. private equity firm TA Associates.

BMW i Ventures led an undisclosed investment in the Series A-1 financing round of Mangrove Lithium. BMW i Ventures was joined by existing investor Breakthrough Energy Ventures in the round.

Finn, the car subscription startup, raised $110 million in a Series B round led by Korelya Capital along with Keen Venture Partners, Climb Ventures, Greentrail Capital and Waterfall Asset Management. Existing investors such as White Star Capital, HV Capital, Heartcore Capital, UVC Partners and Picus Capital also participated in the round. The funds will be used to help Finn expand in the U.S. and Europe and reach 30,000 subscriptions by the end of the year.

Meritor announced last week (I missed this one) that it agreed to acquire Siemens’s 200-person Commercial Vehicles business for approximately €190 million ($203.9 million) in cash.

Motive, the fleet management software startup that formerly known as KeepTruckin, raised $150 million in series F funding round co-led by Insight Partners and Kleiner Perkins. Motive’s post-funding valuation is now $2.85 billion, according to the company.

Nowports, an automated digital freight forwarder in Latin America, raised $150 million in a Series C funding round led by SoftBank Latin America Fund. The raise, which pushes its post-funding valuation to $1.1 billion, comes just six months after the Monterey, Mexico-based startup announced it had secured $60 million in a Series B funding round led by Tiger Global Management.

Roetz, a Dutch e-bike maker, has raised $1.9 million from from Veth Investments and entrepreneurs Pim Claassen and Alexander van Citters.

Notable reads and other tidbits

The IEEE Standards Association, which focuses on autonomous vehicle (AV) safety, released a new standard called IEEE 2846-2022 Standard for Assumptions for Models in Safety-Related Automated Vehicle Behavior. The association says this is a technology-neutral safety standard that scholars, engineers, automakers, industry representatives and regulatory bodies can align around as a universally accepted basis for AV safety.

Pony.ai’s permit to test its autonomous vehicle technology with a driver was revoked by the California Department of Motor Vehicles. The agency, which regulates AV testing in the state, pulled the permit because Pony.ai failed to monitor the driving records of the safety drivers on its testing permit. Pony confirmed the revocation of its permit to TechCrunch, saying the DMV took issue with the driving records of three of its safety operators.

Hyundai plans to invest more than $10 billion toward accelerating electrification and autonomous vehicle technology in the U.S. by 2025.

Stellantis and Samsung SDI will team up to build a $2.5 billion lithium-ion battery plant in Indiana. The project, which will create 1,400 new jobs and could surpass the $3 billion mark once it’s complete, is Stellantis’ first battery plant in the U.S. and its fifth worldwide.

Tesla lost an effort to keep a sexual harassment suit within closed-door arbitration. A judge rejected Tesla’s motion and ruled it can proceed in court.

VW Group CEO Herbert Diess made an interesting comment to me about the sales model of the new Scout EV brand during my interview with him for TC Sessions: Mobility 2022. You can watch the entire interview here.

It wasn’t so much what he said, but what he didn’t. When I asked if the Scout brand would use a direct-to-consumer sales model or sell its EVs through dealerships, Diess played coy. That’s interesting because generally legacy automakers are lightning quick to stick to the we-will-always-use-dealerships line. Diess told me that “the company will need to reconsider what is the right franchise for it or is there a franchise for it?” That line has U.S. dealerships freaking out.

Walmart is extending its partnership with DroneUp to include 34 sites across six states. The planned rollout is set to be completed by the end of the year, at which point it will — theoretically — cover up to 4 million U.S. households.

Super fast delivery startups have had a tough go. Perhaps this was poor choice from a unit-economics perspective, writes TC+ editor Alex Wilhelm.

Rally Jameel is the first women-only race in Saudi Arabia.

Luminar has poached executives from Apple, Nvidia and Tesla in the continuing talent war in automated driving and autonomous vehicle technology.