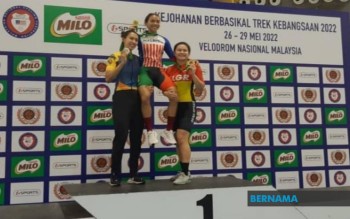 Kim Bomi (36.374s) of South Korea and the host country’s Mayuri Dhanaraj (36.481s) claimed the second and third places respectively, according to the tournament’s official website at www.atcc2022.com.