The ruling against Juuling? – Venture Capital 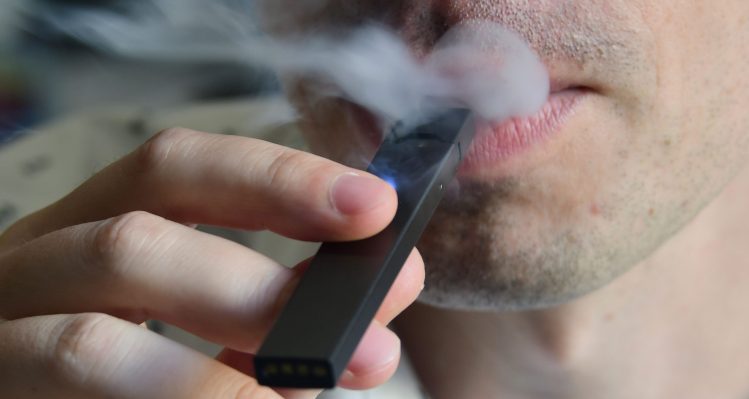 Hello and welcome back to Week in Review, your one-stop spot for the biggest stories from the week. Greg Kumparak is off enjoying the beginning of summer and has entrusted me to keep you updated in his absence.

If you want this in your inbox every Saturday, sign up here. And while you’re at it, check out our other newsletters. Okay let’s get on with it, shall we?

Juul has had a week. The e-cigarette maker, which was once valued at $38 billion, received news from the FDA that it would no longer be allowed to sell or distribute its vaping devices or its 5% and 3% tobacco and menthol-flavored pods in the U.S. without “risk[ing] enforcement action.” The ban was a result of the company’s inability to prove its products are safe. But on Friday, a federal appeals court froze the ban after the company sought an emergency administrative stay. The stay buys time until the case can be heard by the court, though according to court documents, it “should not be construed in any way as a ruling on the merits.”

Outage: One of the most read stories was about the Cloudflare outage, which was responsible for knocking many of the platforms we all know and love offline. The outage was short-lived however. The company, which faced a similar outage last week, didn’t disclose what caused the issue.

Zendesk acquired: A consortium of private equity firms acquired the company for $10.2 billion, well below offer prices it received earlier this year. The deal is expected to close in the fourth quarter, at which point Zendesk will go private again.

Amazon whispers: At its re:Mars conference this week, Amazon announced CodeWhisperer, an AI pair programming tool that can autocomplete entire functions based on only a comment or a few keystrokes. The company trained the system, which currently supports Java, JavaScript and Python, on billions of lines of publicly available open source code and its own codebase, as well as publicly available documentation and code on public forums.

M&M & AI: Microsoft and Meta announced this week that they are using AI to help run their data centers. For Microsoft’s part, it is developing an AI system to analyze data and generate alerts for teams to be able to “prevent or mitigate the impact of safety incidents,” the company said. A complementary but related system, also under development, attempts to detect and predict impacts to data center construction schedules. Meta says that it has been developing physical models to simulate extreme conditions and introducing this data to the AI models responsible for optimizing power consumption, cooling and airflow across its servers.

Gamifying engineering: Israeli-based startup Wilco is out of stealth this week to help software engineers learn how to do the non-engineering parts of their jobs. On the platform, devs join a fake tech company and participate in challenges designed to simulate real-world experiences. They then navigate these experiences using real tools and technologies. Haje spoke with On Freund, the company’s CEO. Read the Q&A here.

On the TechCrunch Podcast this week, you can hear Darrell chat with Bill Gates. The two spoke at our TechCrunch Sessions: Climate event last week about whether we can still avoid climate disaster, the importance of crypto and Elon Musk’s time management skills. Also on this week’s episode, Darell talks with Ingrid about Spotify’s acquisition of the Voice AI startup Sonatic.

And over on Found, Darrell and Jordan talked to Anja Health CEO and founder Kathryn Cross, the 23-year-old TikTok influencer turned founder who discusses how the different social channels can be helpful to founders in different industries and why she thinks every company will have to be its own influencer.

Check out our full roundup.

Want even more TechCrunch? Head on over to the aptly named TechCrunch+, where we get to go a bit deeper on the topics our subscribers tell us they care about. Some of the good stuff from this week includes:

Pitch Deck Teardown: WayRay’s $80M Series C deck: WayRay’s deck consists of a whopping 75 slides, and it’s clear that the founders took a different tack than what we’re used to seeing these days. Nonetheless, you can’t argue with a successful fundraise of this caliber.

It’s time for LPs to take more responsibility in the fight for economic equality: Dominic-Madori Davis, one of our newest TC+ reporters, examined the responsibility LPs have to increase the amount of venture capital for Black founders.

What if my crypto job is no longer available? Immigration lawyer Sophie Alcorn answers a question from an F-1 student who recently graduated with a bachelor’s in computer science — and a job lined up at a crypto company.