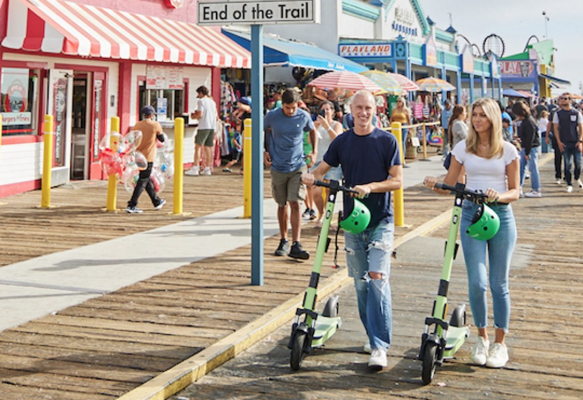 Gbike CEO Walter Yoon told TechCrunch that the deal, which is its first acquisition, will be completed in early August. The financial terms of the deal were not disclosed.

South Korea’s consolidations appear to start in the shared micromobility industry after many e-scooter players jumped into the sector in 2019, Yoon said in an interview with TechCrunch. Gbike has been approached by potential buyers to be acquired while the startup was looking for acquisition targets itself, Yoon said, adding that it is in talks with another company to acquire.

“This year might be the time for consolidation [in the e-scooter industry],” Yoon said. “We are very open to any other opportunity.”

The ZET team will not join Gbike’s team and will remain at Hyundai, Yoon noted. The acquisition brings the startup’s total vehicle size up to about 45,000. (Gbike, which added a fleet of 20,000 e-scooters last year, will acquire ZET’s fleet of fewer than 1,000 e-scooters.)

In 2019, Hyundai launched the ZET platform that enables anyone to start a micromobility business in their cities. ZET operates its service in South Korea’s major cities, including Jeju, Daegu and Incheon. Yoon explained that ZET is like a micromobility franchise platform, making it easier for franchisees to launch their own business.

Yoon pointed out that many e-scooter companies suspended or closed last year because of South Korea’s revised regulation, which took effect in May 2021, that requires e-scooter users to wear a helmet and have a valid driver’s license and be 16 years or older.

More than 20 e-scooter rental startups are operating over 50,000 e-scooters in Seoul, South Korea’s capital. Several e-scooter companies, like Lime, Wind Mobility, Neuron and local companies have shut down their operations in South Korea in the past few months. Regulatory shortfalls in the country, like the lack of a request-for-proposal (RFP) system, which selects a few outstanding operators in each city to deliver the best possible micromobility services, caused rider compliance issues like parking and congestion.

Gbike has raised a total of $10 million from investors, including Mirae Asset Venture Investment, Strong Ventures and SBI Investment.