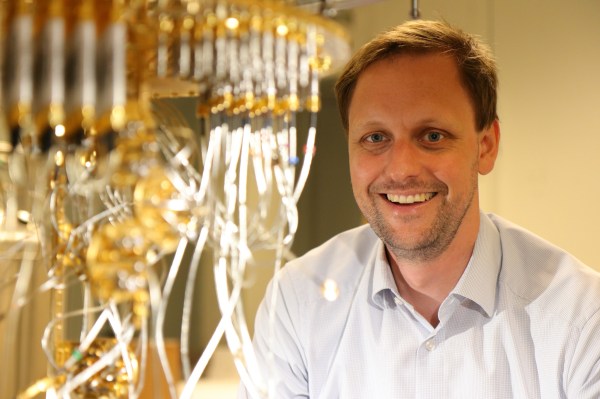 World Fund, a newcomer in climate-VC land, is taking the lead in a $128 million round for IQM, with hopes the Finnish quantum computing company will one day deliver carbon cuts by the megatonne.

Quantum computing trades the bits of conventional computers for quantum bits, and in theory, quantum machines may be better suited for solving some highly complex problems in fields like chemistry and machine learning. IQM argues its tech could also move the needle on climate, but there is cause to be skeptical of the industry on the whole; we’ve seen a lot of hype around quantum computing startups, and yet the field mostly remains stuck in labs today.

Still, IQM projects its quantum computers will help mitigate greenhouse gas emissions in as soon as the next three to five years “for some of the early use-cases.” The company says it is already “working on novel approaches to develop better battery solutions with a leading car manufacturer,” and it plans to spend its new funds on further research in battery tech, quantum chemistry and other areas. IQM cautioned in an email to TechCrunch that “scientific breakthroughs don’t follow a set timeline.”

The idea of applying quantum tech to climate change mitigation apparently isn’t all that far-fetched. Microsoft Azure CTO Mark Russinovich said in an email to TechCrunch that he “[believes] quantum computing can help with climate change, specifically with the carbon capture challenge (carbon fixation).” Microsoft’s research includes digging into how quantum computing can uncover “more efficient” ways to convert carbon dioxide into other chemical compounds.

World Fund and IQM’s other investors have also implicitly endorsed the idea via their checkbooks. In a statement, the German VC said it exclusively backs tech with the potential to remove “100 million tonnes” — that is, 100 megatonnes — “of carbon from the atmosphere yearly by 2040.” Other investors in the latest round include the EU’s European Innovation Council and Tencent. The deal brings IQM’s post-money valuation near the $1 billion mark, a person familiar with the matter told TechCrunch.

Some quantum computing companies have faced accusations of exaggerating their progress. Maryland-based IonQ has talked up its advances in quantum computing, but activist investor Scorpion Capital recently accused the company of fraud, calling its tech a “useless toy that can’t even add 1+1.” IonQ’s founders pushed back on the accusations, saying they were “amused at the extreme level of ignorance behind this attack.” In a related field, former staffers at British quantum encryption company Arqit reportedly questioned the usefulness and maturity of its quantum tech.