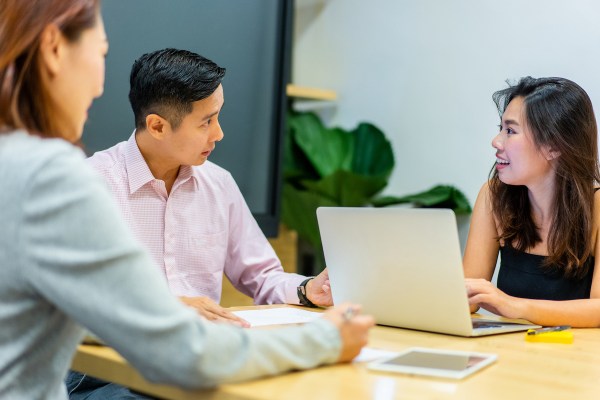 Omni wants to be the human resources platform to rule them all—or at least all HR-related tasks. The software enables HR teams to digitize employee records, automate administrative tasks like employee onboarding and time-off management, and integrate employee data from different systems. Based in Singapore, it is currently active there and in Indonesia, and plans to roll out in other Southeast Asian markets after localizing for employment regulations.

The startup announced today it is coming out of stealth mode with $2.4 million in an oversubscribed pre-seed round co-led by Alpha JWC Ventures and Picus Capital, with participation from FEBE Ventures, Basis Set Ventures, Ratio Ventures and Frances Kang at Horizons Ventures. It also included investment from angel investors including former executives at U.S. HR software firms Namely and Ultimate Software.

Omni HR had its soft launch in March 2022 and is already used by several companies, including Indonesian investment app Ajaib. The funding will be used to add more features to Omni, including a recruitment module by the third quarter and a performance enhancement module by the end of the year.

The company was founded in 2021 by Brian Ip, a former Goldman Sachs executive, and data engineer YC Chan. Ip told TechCrunch that he had previously worked in software investment at Goldman Sachs Growth Fund and looked at many HR tech deals, which is how he and Chan first learned about the industry.

“Through research and talking to end users, we realized that HR software is a category that requires as lot of localization and there isn’t a winning product for Southeast Asia yet,” Ip said, adding that most local solutions only address limited functions, like payroll.

But most HR teams Chan and Ip spoke to wanted an all-in-one solution. Many were still using spreadsheets or basic payroll software. Examples of work they were doing manually that can be automated by Omni include onboarding new hires, recruiting employees, performance reviews, collecting documentation like employee IDs and preparing HR reports for internal management.

“From a strategic point of view, what we think makes this startup opportunity even more interesting is that, we do not see HR software as a silo-ed tool used only by the HR department,” Chan said. “Instead, we see it as a ‘system of record’ of employee information.”

Almost every app or business function within a company, including software, devices, office admin and finance, can be connected to Omni, turning it into a software infrastructure layer.

In terms of competition, Chan said he sees two categories: local payroll software and imported software from overseas. He added that this disadvantage of payroll software is that they only provide basic admin functions around payroll calculation, and are not scalable. They also don’t have features for performance appraisals, recruitment, onboarding and employee document management.

Imported HR software, on the other hand, is not localized, which means they lack features like payroll modules for Southeast Asian countries, local customer support and “sometimes even modules like time off tracking or attendance management that are not built flexible enough to accommodate policies in one market,” said Ip.

He added that Rippling and other top U.S. HR platform like Gusto and Namely are currently not available outside the United States. “We believe that, even if they do expand internationally at some point, localization requirements and the geo focus will allow us to build a strong moat.”

Localizing for each market can be quite complicated. HR managers in different countries need to collect different employee information. For example, in Singapore, employees provide the birth certificates of their children so companies can use them to apply for government reimbursements when they take childcare leave. On the other hand, companies in Indonesia collect multiple forms of ID information, including KTD (resident’s card), KK (family card) and NPWP (tax ID).

Each country also has different workflows. In Singapore, Ip said, the probation period of permanent staff can be “extended,” but in Indonesia a maximum of only three months is allowed, and it cannot be extended or renewed.

Payroll calculations also differ from country to country, and include factors like tax, pension and other statutory withholdings. Time off rules also vary. For recruitment, Omni can localize by connecting with local job boards instead of US-centered ones.

Singapore and Indonesia were chosen as Omni’s first markets because the startup’s initial customer segment are companies in tech and tech-adjacent verticals, in particular other VC-backed companies, Ip said. He added that “Singapore is possible the most mature market in Southeast Asia Asia in terms of software/cloud adoption and willingness to spend. Indonesia is one of the biggest, and rapidly growing, market opportunities in Southeast Asia.”