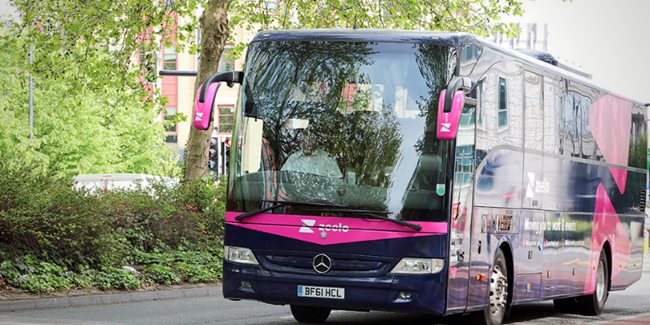 All is not well with the proposed acquisition of U.K. start bus platform Zeelo by Mass transit group Swvl. Back in April, we covered how a possible $100 million acquisition was on the cards, and, indeed, both companies confirmed it was, though not the price.

Swvl, an Egyptian-born startup that provides shared transportation services for intercity and intracity trips, had previously gone public (NASDAQ: SWVL) via a SPAC, and had agreed to acquire Zeelo, adding to its recent acquisitions of Viapool and Shotl, as well as the announced acquisitions of Volt Lines and door2door.

When the news of the acquisition dropped, Swvl was trading at $9 to $10 a share. Today, however, it is trading at barely $1 a share. SPot the difference…

So today Zeelo has dropped the news that the acquisition is now terminated, citing overall market conditions and the obvious slump in tech stocks.

The April 28 acquisition was expected to close on May 24, and Zeelo says all pre-completion obligations were met, but “following financial market volatility, Swvl and Zeelo mutually agreed to terminate the planned transaction.”

However, the move sounds like it’s a smart one for Zeelo, which claims to be seeing continued growth in its business in the U.K., South Africa and the U.S., providing private rides for commuters and students in the corporate and education space.

Zeelo has raised $19.6 million to date from investors such as ETF Partners, InMotion Ventures and angels.

In an interview with co-founder and CEO Sam Ryan, I asked if the termination of the acquisition was a disaster for Zeelo.

“No, I don’t think it’s been a disaster,” he said. “I think the market conditions have changed. We’re still in a great place, the business is growing really, really quickly. And you know, now we’re shielded from what’s going on in the public markets.”

He added: “We’re in a great place now. We’re profitable in the U.K., we’re growing 1.5x again this year. We’re doing 150,000 rides per month via EV. This is growing very quickly, as there is a big opportunity in the U.S. market. I think being somewhat shielded from the public markets isn’t a bad thing. Obviously, any process like this involves lots of ups and downs and it’s a real roller coaster. But everyone is very, very excited about what’s next.”

Acknowledging the tech downturn, he added: “I think that the world has changed incredibly quickly in the last few months, and sentiment around public early-stage technology companies has changed dramatically. I’m not sure any of us could have foreseen what was going to happen over the last few months or just how severe it’s been.”

Simultaneously, Zeelo is coming out with the news that it has cut a deal with electric fleet and network infrastructure provider, Zenobe, to enable the former to run rides on electric vehicles, with a consequent position contribution to its net-zero goals. (Zeelo says its journeys are already 100% carbon neutral through a partnership with Climate Partner to support environmental regeneration programs in Bulgaria and Uganda.)

James Basden, co-founder of Zenobe, commented: “We believe access is the key roadblock to transitioning to electrification and that is why we have developed software, infrastructure and a financing model together with our partners like Zeelo to build sustainability right into the business model of the transport industry.”

Zeelo’s transport management software system comprises a SaaS platform, consumer apps that pick workers or students up from where they are. It was founded in 2016 by Sam Ryan, Barney Williams and Daniel Ruiz and closed its Series A in 2018. So far it’s raised over $30 million from ETF Partners, InMotion Ventures and Dynamo, among others. The co-founders previously sold their pioneering ride-sharing app JumpIn to Addison Lee in 2014.