TikTok is upending the music industry and Spotify may be next 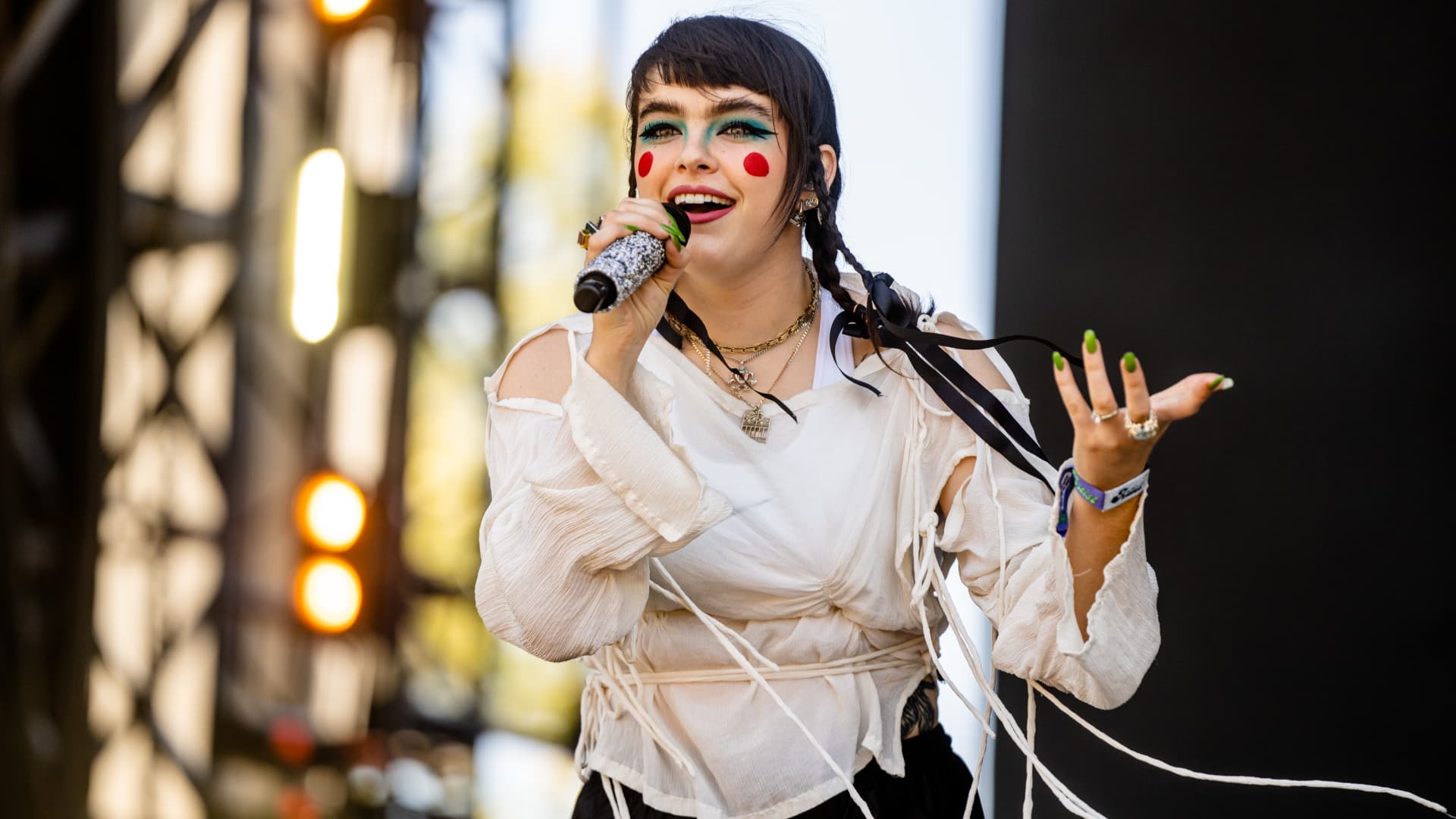 Benee performs at the Bonnaroo Music & Arts Festival on June 18, 2022 in Manchester, Tennessee.

Zoi Lerma was working at a Los Angeles bagel shop in early 2020 when she first heard the song “Supalonely” by Benee.

She liked it so much that she choreographed a dance to the tune and posted it on TikTok. Her video has since amassed more than 45 million views, turning her into a TikTok celebrity and helping to make Benee a global sensation.

As of Sept. 2, “Supalonely” has appeared in more than 5.7 million videos from thousands of TikTok users. Benee performed two sold-out arena shows in New Zealand in October 2020, and she was nominated for new artist of 2020 at the People’s Choice Awards. Her hit song has gone platinum, meaning it’s sold the equivalent of 1 million copies, in eight countries, and has more than 2.1 billion streams across all platforms.

“When it started trending on TikTok and picking up on TikTok, I would hear it on the radio or, you know, hear it in stores,” Lerma, who’s now 20, said in an interview with CNBC. “I would hear it everywhere.”

Far from her days in a hot Southern California kitchen, Lerma now has 6 million followers on TikTok and makes a living by promoting music on the app and using her influence to partner with brands. She’s also part of the TikTok Creator Fund, which pays popular contributors when their videos take off.

TikTok, owned by China’s ByteDance, is turning the music business on its head by increasingly becoming a hit-making machine. Artists can go from obscurity to global superstardom, thanks to a viral video that could be posted by a complete stranger. Even Fleetwood Mac’s “Dreams” reentered the charts in 2020 after a clip of a man drinking cranberry juice on a skateboard exploded on the app.

Record labels, artists and creators are all trying to figure out how to profit in the new TikTok-dominated world and to make sure they’re not getting left behind.

While ByteDance is best known for its viral social media app TikTok, the Beijing-based company is now bolstering its ability in semiconductor design. ByteDance won’t be manufacturing chips to sell to others, but it will be designing semiconductors that it requires for specific applications internally.

“If a song is going viral on TikTok, and the artist is unsigned, and as a result, it’s getting a million streams on Spotify, the labels are scrambling to sign that song or that artist,” said Tatiana Cirisano, a music industry analyst and consultant at Midia Research. “They’re obsessed with expanding their market share and making sure they don’t lose any market share to independent artists.”

TikTok’s importance is undeniable. A year ago, the app topped 1 billion monthly users. Last month, a Pew Research Center survey found that 67% of teens in the U.S. use TikTok, and 16% said they are on it almost constantly.

The rest of the social media industry has been trying to play catch-up. Facebook and Instagram parent Meta, for example, has been pumping money into its short video feature called Reels.

While TikTok’s financials are still confidential because ByteDance is private, industry analysts say the app is winning a bigger piece of the online ad market, as brands follow eyeballs.

In 2021, over 175 songs that trended on TikTok charted on the Billboard Hot 100, twice as many as the prior year, according to TikTok’s annual music report.

In terms of the current flow of dollars in the music industry, TikTok’s main influence lies in its ability to push listeners to services like Apple Music and Spotify.

In 2021, Spotify paid out over $7 billion in royalties, according to a company report. The company pays record labels, artists and other rights holders based on their “streamshare,” which is calculated monthly. An artist who receives one out of every 1,000 streams in the U.S. for the month would bring in $1 of every $1,000 paid to rights holders from the U.S. royalty pool. 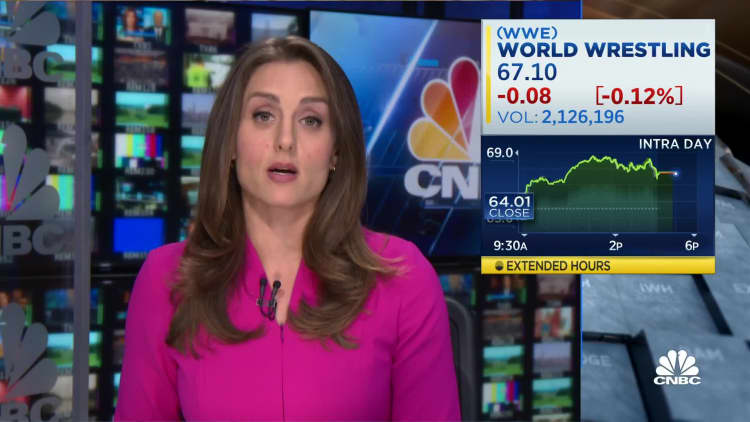 TikTok is positioned to cash in on its role as music industry tastemaker, but the company hasn’t disclosed its plans. But there are some hints to the parent company’s thinking.

In May, ByteDance, filed a trademark application for “TikTok Music” with the U.S. Patent and Trademark Office. The service would allow users to play, share, purchase and download music, according to the filing. A TikTok spokesperson didn’t provide any additional details and sent CNBC a general statement about the company’s role in the music industry.

“With hundreds of songs generating over 1 billion video views and dozens of artists signing record deals as a result of success on the platform, TikTok starts trends that reverberate throughout the culture, the industry, and the charts,” the statement said.

TikTok currently has partnerships and licensing agreements with major labels like Universal Music Group, Warner Music Group and Sony Music Entertainment, all deals that were signed between 2020 and 2021. Cirisano of Midia Research said artists aren’t paid directly based on how often their music is viewed or used.

Music isn’t a new market for TikTok. In 2017, ByteDance acquired a startup called Musical.ly, which was a popular app that allowed users to create videos using other people’s music. ByteDance merged the service with its homegrown TikTok app the following year.

Singer-songwriter Jay Sean, whose hit single “Down” topped the Billboard charts in 2009, started posting on TikTok in 2019 as a fun way to express himself and be creative. He now has more than 460,000 followers on the app and said it’s exposed him to the younger generation.

“I’m reaching a brand-new fan base,” Sean said in an interview. “I’ve been doing music for 20 years, so some of them were just kids when my music came out and they’re starting to discover my back catalog through this. So it really is quite a fascinating tool for that.”

Like many major labels and managers, Sean also has used TikTok as a tool to discover new artists. He signed the singer Véyah after finding her on TikTok, where she has more than 470,000 followers.

“Now she’s going from this girl who used to be singing in her bedroom on TikTok to being in LA, working on an album and working with mainstream massive producers who have produced megahits for so many big artists,” Sean said.

Jeremy Skaller, co-founder of the management, media and production company The Heavy Group, warned of the risks of skyrocketing to fame that can come with TikTok’s virality. Not everyone is prepared for what comes next, he said.

“Once a label signs you for $1 million, the pressure to perform trumps the art, which is why getting a deal too soon can mess up what otherwise might have been a beautiful, long career,” Skaller said.

Even established artists are facing challenges on TikTok.

The artist Halsey complained recently about the pressure to post on the app, writing in a TikTok video, “My record company is saying that i can’t release [new music] unless they can fake a viral moment on tiktok.”

Cirisano said artists used to rely on their label for marketing. But with TikTok fame, they’re now doing much of their promotion themselves.

“It’s just a hugely demanding thing for artists,” Cirisano said, “in addition to everything else that they’re already doing,” which is frustrating for a lot of them.

But there are benefits as well. Some artists can parlay their TikTok following into greater riches without the help of a label, a path that was almost impossible before social media.

Loren Medina, owner of Guerrera PR, said music marketing is a “different world” than it was 10 years ago. Medina, who worked at Sony from 2005 through 2009, now represents avant-garde Latin artists like Jessie Reyez and Omar Apollo. Historically, she said, for artists to make it, they needed to be a priority for a label that would be willing to back them financially. 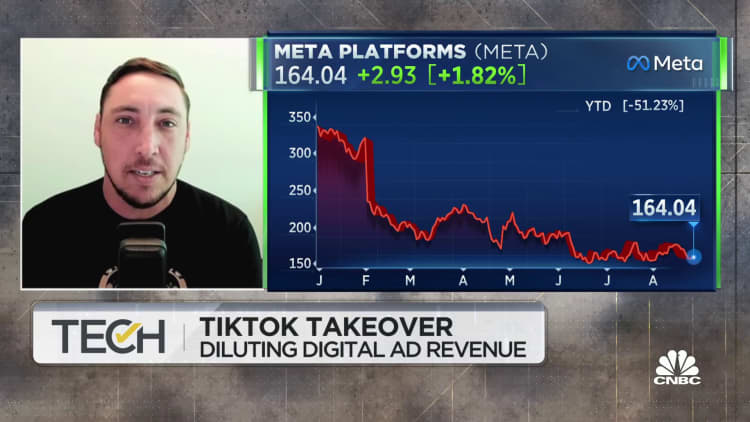 “It was just so different,” she said. “We had to actually hire street teams to go out on the street and give people flyers, give people CDs. There was much more face to face, hand to hand.”

Labels are still very important in the industry, but they “are not the end all be all,” she said. Artists are now using the huge audiences they reach on TikTok to create a dedicated fan base that can end up buying lots of merchandise and filling up bars and concert halls.

One of Medina’s clients is Kali Uchis, whose song “telepatía” blew up on TikTok and now has over 700 million streams on Spotify. Though Uchis had an established career before going viral, Medina said the exposure on the app was what ultimately pushed her to global stardom. She won top Latin song for “telepatía” and top Latin female artist at the 2022 Billboard Music Awards.

“Her career blossomed, really, really, really blossomed because of one song on TikTok,” she said. “That wasn’t going to be a single, and so we had to pivot and sort of just restructure everything and make that song the focus because it exploded.”

Services like Zebr have popped up to try and streamline the work that comes with TikTok celebrity. Record labels and artists can use Zebr to pay creators to use a piece of music in their content. The app allows creators to choose which campaigns they want to work on and handles the payment process.

Zebr CEO Josh Deal, who was named to Forbes’ 30 Under 30 in Europe for entertainment this year, said labels and artists have gotten much smarter with their approach to marketing on TikTok.

“A lot of the time they were just kind of throwing money at agencies and hoping for them to place it with their influencers,” he said. “Now, the strategy is becoming a lot more refined. They’re understanding why tracks are breaking and how they’re breaking. And it’s really just sort of reverse engineering that.”

Since choreographing the hit video to “Supalonely,” Lerma has partnered with artists and labels to promote music. She gets hired to work on particular songs, but keeps a lot of creative control over what she posts.

“They don’t really tell you what dance to make, or like how they want it to look,” Lerma said. “You kind of just get to have your own freedom with what you want to make.” 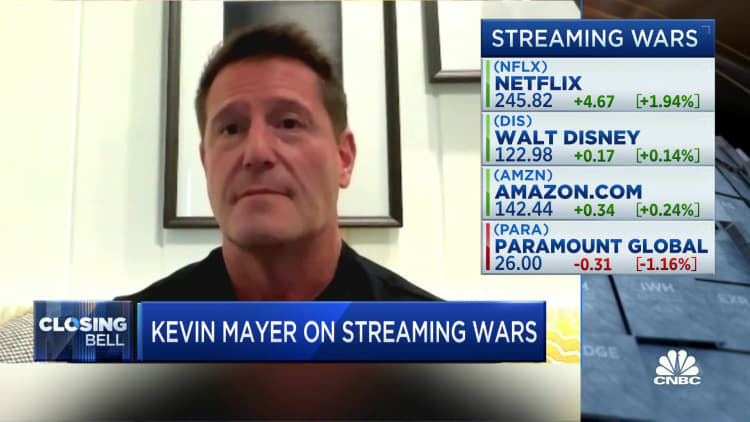