As the market cools, aggressive Tiger Global looks to raise a fund that’s half the size as its last • Venture Capital 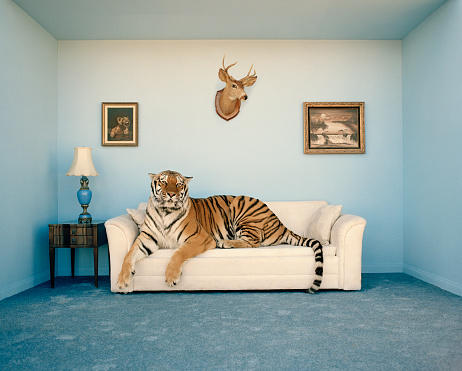 In recent years, assets under management at the investment firm Tiger Global have exploded. Now the firm is taking stock and winnowing down its operations, per a new investor letter first seen by Axios and obtained subsequently by TechCrunch.

Most significantly, whether for lack of other options or — just as likely — in reaction to the changing market landscape, the firm just let its limited partners know it plans to raise $6 billion for its newest fund, for which it expects to hold a “first close” at least by mid-January. (As an added sweetener, investors in the first close will receive a discounted management fee of 1.75%, states the letter.)

While still a lot of moolah, $6 billion is less than half the $12.7 billion that Tiger Global secured from investors back in March of this year, money it began investing last fall and tore through quickly. (A source familiar with the firm says it is still investing out of that vehicle.)

Also shrinking is the capital that Tiger Global employees will be committing to the new fund. Whereas employees contributed $1.5 billion to Tiger’s $12.7 billion fund, or 12% of the total amount, this time they are committing to invest a minimum of $500 million to the $6 billion effort, or a little less than 9% of the total amount. (This could rise.)

What isn’t getting smaller is the size of Tiger Global’s bench, suggests the firm. While much was made on Monday of the departure of John Curtius, a software investor who joined Tiger Global in 2017, Tiger Global has a slightly larger team than it did at the beginning of this year, says a source familiar with the firm. Indeed, in an investor letter that also came out Monday, Tiger Global stated it has recently hired five new investors, including two individuals from Blackstone, two recent Harvard graduates, and a fifth investor, Evan Stanleigh, who joined the firm after a seven-year stint as a partner with the New York hedge fund Cadian Capital.

Either way, low-flying Tiger Global apparently didn’t like the attention that Curtius attracted as he segued out the door. He confirmed to The Information today that earlier reported plans for him to stay on with the 160-person outfit until June have changed and that he has already left. “Tiger is going to do amazingly well and I’m very excited for my next venture,” Curtius told the outlet.

Tiger’s newest fund is its 15th, though it’s titled Tiger Global Private Investment Partners XVI. (The outfit was a little superstitious when it reached fund 13, so skipped ahead one number.)

Fundraising for the vehicle won’t be as easy as in recent years, surely. The market has changed dramatically since its the team was last in the market, and Tiger Global was particularly hard hit in the market downturn, owing to an aggressive investing strategy that saw it writing massive checks into tech companies that, in many cases, are less valuable than they once were.

Hopin, for example, a struggling young virtual events company backed by Tiger, is presumably valued nowhere near the $7.8 billion that investors deemed it was worth during the pandemic.

Of course, like a lot of investors having a lousy time of it, Tiger Global is pointing to its historic returns and stating in its new investor memorandum that since inception in 2003, its funds have called down $36 billion and distributed $30 billion (roughly $8 billion of which has flowed back to its investors over the past two years alone, says a source close to the firm).

Tiger Global also says in that letter that it has a 34% gross IRR and 24% net IRR dating back to its earliest days. (That net IRR is off by just 1% from earlier this year, per an investor memo TechCrunch obtained earlier this year, even while one might guess it would be more given current market conditions.)

Whether those stakes will be enough to persuade currently capital-constrained investors is the question. They have reason to feel less confident in Tiger Global’s investing prowess, as the firm itself readily acknowledges. “This is not a year in which the scoreboard will make us proud,” said the firm in the investor letter that went out on Monday. “[W]e have a lot of work to do to earn back recent losses,” it added.

As always, Tiger Global will also have plenty of challengers with which to contend, including, now, the firm that Curtius is reportedly creating. Called Cedar Investment Management, it is expected to compete on earlier-stage deals with Tiger, whose average investment size, once jaw-dropping, has decreased to $30 million over the last year, the firm says in its investor letter.

Editor’s note: This piece has been updated to remove speculation about employee moves inside of Tiger Global.