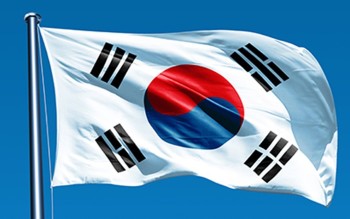 SEOUL, Nov 4 (Bernama) — South Korea plans to provide a wide array of support to local shippers and venture companies to add vitality to the weak investment sentiment amid the looming global recession, reported Yonhap quoting the finance minister as saying on Friday.

“Recently, external and internal uncertainties have been rising due to the growing concerns over a global slump and expanding volatility in the financial market,” Finance Minister Choo Kyung-ho said during an emergency meeting with economy-related ministers.

“The South Korean economy is expected to face a complex crisis for a considerable period,” the minister added. “The government will spare no efforts to secure export engines to take a new leap forward.”

To cope with the challenges, Choo said the country plans to allocate some 3 trillion won (US$2.1 billion) to support the shipping industry, which recently has been suffering from falling freight charges.

The Shanghai Containerised Freight Index (SCFI), a barometer of global freight rates, came to 1,698 in October, sharply down from 5,110 tallied in January, according to the Ministry of Economy and Finance.

South Korea plans to support the development, as well as environment-friendly and digital technologies, in the shipping industry, Choo said.

“Responding to the contraction of investors’ sentiment in the venture industry on expanding uncertainties from home and abroad, we plan to revamp the role of policy funds,” the minister said.

The country plans to increase the amount of venture funds raised here annually to 8 trillion won over the 2022-2026 period, up from 6 trillion won tallied in the past five years.