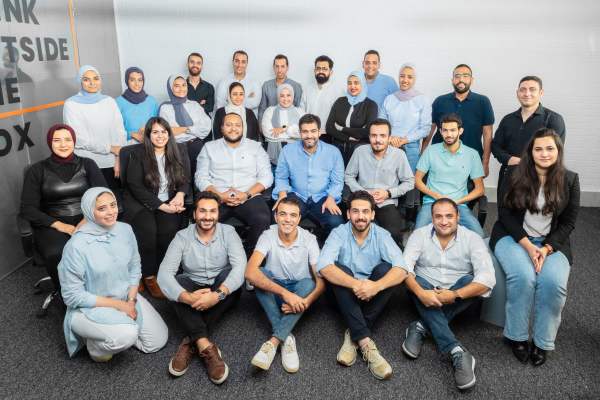 After four years operating primarily as a logistics marketplace, Egypt’s Voo has rebranded to SideUp and transformed its strategy to offer a complete spectrum of e-commerce support services, including payment gateways, API integration for shipping, warehousing, fulfillment, and advisory.

The startup has also expanded to Saudi Arabia, where it will be headquartered henceforth, after raising $1.2 million seed funding. This latest round had the participation of Launch Africa VC, 500 Global, Riyadh Angels, Alex Angels, Al Tuwaijri Fund and Saudi angel investor Faisal AlAbdulsalam.

SideUp founder and CEO Waleed Rashed told TechCrunch he was inspired to link small merchants to e-commerce support, after realizing they were ignored by large service providers.

“There is a lot of talk about how e-commerce is scaling, but still, we are not empowering enough of those (micro, small and medium enterprises) that are selling online. Merchants need many services and a complete ecosystem to be successful,” said Rashed.

“This is why I decided to empower small and medium businesses; SideUp is for the merchants in the village, or those selling products over Instagram, Facebook or WhatsApp. They get accessibility to all the services starting from the courier company, warehousing and fulfillment, to marketing services,” he said

Rashed first ventured into entrepreneurship in 2012, after a career in banking, when he founded Ingez an errands company that gave him first-hand experience in running an e-commerce business.

“Through the four years I understood a lot of things about logistics, operations, and ecommerce. I saw how small businesses, because they lacked volume, were not a priority for big logistics companies,” said Rashed, who after Exiting Ingez, founded SideUp to tackle challenges faced by small businesses and to help them scale.

SideUp’s partner service providers enable merchants to sell in 45 countries, which Rashed said, has opened up new markets, which had previously been inaccessible by small enterprises.

SideUp currently serves 2,000 e-commerce businesses, which can also access cash collection service and credit to expand their businesses. Its portfolio has grown 30% month-on-month, achieving over $500,000 Gross Merchandise Volume per month.

Riyadh Angels co-founder, Dr. Khalid Al Tawil, said: “Ecommerce remains fragmented across most of the region, creating a number of challenges for business owners. SideUp’s platform is a giant leap forward giving them a single place to access partners and technology to grow their businesses exponentially. We are excited to see them come to Saudi Arabia and support businesses through their next phase of growth.”

The startup now plans to grow its clientele base by scaling in Egypt and Saudi Arabia, and expanding to at least two other countries before the end of 2023, to tap the burgeoning e-commerce sector in different regions.

The Middle-East and Africa e-commerce markets are set to grow above 11.5% in the next five years sustained by internet and smartphone penetration, urbanization and mobile shopping, and as more businesses embrace e-commerce, according to a Mordor Intelligence report.