Flipkart and PhonePe have split up • Startups 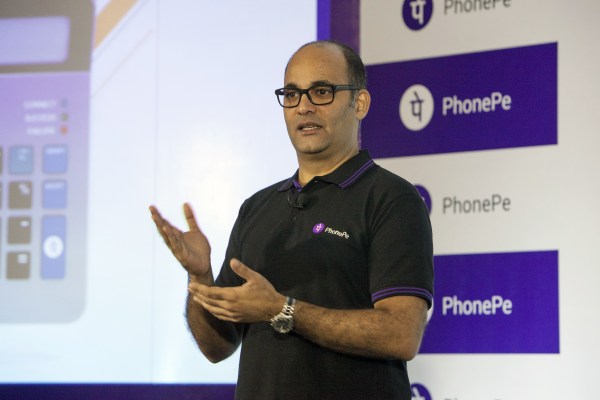 Indian e-commerce giant Flipkart no longer owns a stake in payments firm PhonePe. The two said on Friday that they have completed a full ownership separation of PhonePe and shareholders in the Singapore entities of both firms have purchased shares directly in PhonePe’s India entity.

The move comes as PhonePe, which was acquired by Flipkart in 2016, moves its entire base to India. The payments startup is in talks to raise as much as $1.5 billion at a pre-money valuation of $12 billion and use some of the proceedings to buy back some shares, according to a source familiar with the matter.

Walmart continues to be the majority shareholder of both the firms.

“The Flipkart Group has developed many successful entrepreneurs and seen impactful businesses started by former employees. We are proud to see PhonePe grow and thrive as a successful organization in its own right,” said Kalyan Krishnamurthy, chief executive of Flipkart Group, in a statement.

“We are confident PhonePe will continue to scale and achieve its vision of providing financial inclusion to millions of Indians. Flipkart stays committed to its purpose to empower every Indian’s dream by delivering value through innovation in technology and commerce while helping small businesses connect to pan-India markets.”

Flipkart doesn’t plan to re-enter the consumer payments market, according to another source familiar with the matter. PhonePe announced its intention to become a separate entity in late 2020.

The separation will have some impact on Flipkart’s valuation. PhonePe, which leads the mobile payments market in India, was valued at $5.5 billion in a funding round it unveiled in late 2020. In July, Flipkart Group raised $3.6 billion at a valuation of $37.6 billion.

“Flipkart and PhonePe are proud, homegrown Indian brands with a user base upwards of 400 million each. We are looking forward to the next phase of our growth as we invest in new businesses – like insurance, wealth management and lending, while also enabling the next wave of growth for UPI payments in India. This will help propel our vision to provide billions of Indians with financial inclusion,” said Sameer Nigam (pictured above), founder and chief executive of PhonePe, in a statement.

PhonePe is the top payments app on the nation’s homegrown UPI app, commanding over 40% of the market share. India announced earlier this month that it won’t enforce a check on the market share for players operating on the homegrown payments network until December 31, 2024 in a surprising extension to the deadline that analysts said is a major a win for the market leaders PhonePe and Google Pay.